Double Deal Is Wright On The Money For Doswell 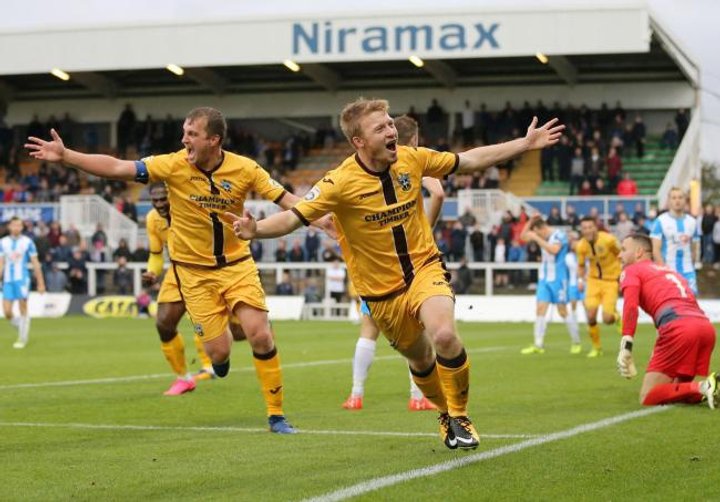 Sutton United manager Paul Doswell has rewarded striker Tommy Wright with a new deal - then told him to go on and score 25 goals this season!

Doswell feels it’s a matter of time before the former Salisbury forward is in the Football League but the deal keeps him at Gander Green Lane until 2020.

Also signing on is captain Jamie Collins and the Sutton boss feels both deals offer the security needed for players and for club.

The U’s take their title bid to Dover Athletic on Saturday and they travel with the good news.

”There’s been an incredible improvement in Tommy’s play this season, he’s already scored 15 goals and we think he can get to 25 by the end of the season.

“There’s been real interest in him from the Football League, but he’s signed the extension because he wants to be here. I think he needs longer with us before he moves to a higher level, and I’m really pleased that he has chosen to continue his improvement with us.”

Collins putting pen to paper is big news and Doswell thinks his captain has been excellent this season.

“We’re training on Mondays now as well as Tuesdays and Thursdays, and it was important to have the skipper involved in that,” he said.

“It’s a reward for his fantastic service as captain and the way he’s led the club on the pitch.”