Defender Wilde Says He Loved His Time With Shaymen 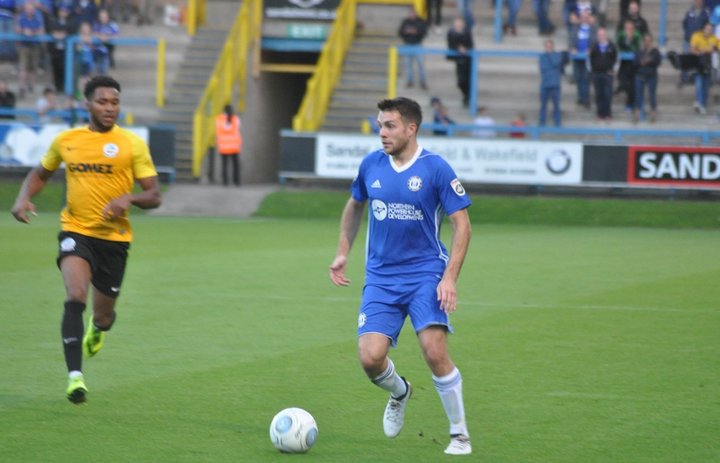 Josh Wilde has thanked the club after his two season spell with the side came to an end.

The full-back who helped the side gain promotion and then stay in the Vanarama National League left after making 41 appearances for the club during the 2017/18 campaign, writes Tom Feaheny.

"I can't thank everyone for their support, the messages I have received have been very pleasing," Wilde said.

"I always gave my all as a player for the club and I wish them all the best for the future."

Wilde was brought in with ex boss Billy Heath knowing him well, in the first season they went up, Wilde summed up how the two years have been for him.

"I have had such a great time with the club, that final and then the first game in the National League really stand out to me.

"I thank the club for letting me be part of it all."

"The promotion final was a game and moment that sum up why you play football, you want that success, the big crowd, what was at stake, I just loved that day."

Wilde who played the full season in the Vanarama National League with the Shaymen announced his departure from the club, he says the memories he created in the two seasons will last with him forever.

"It's hard for me with my job as a family support worker to train in the days, I just want to thank everyone for how they have been with me."

Loyal Haines Rewarded With New Deal & Testimonial  Chelmsford City have announced that Mark Haines has become the latest to agree terms to stay with the club for a tenth season.