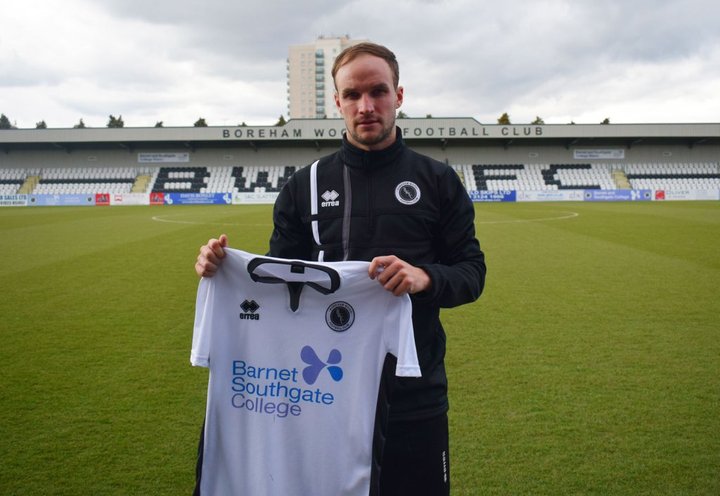 Boreham Wood have announced that they have re-signed former defender Scott Doe.

Doe previously made over forty appearances for the Wood, scoring 3 goals between 2015 and 2016.

An experienced defender, Doe began his career in the academy at Swindon Town but would make his first step into men’s football with Weymouth, where he won the supporters` player of the year award in his first season with the club.

From Weymouth, Doe would earn a move to then Football League outfit Dagenham & Redbridge - his first of two spells with the club.

He would go on to make over 250 appearances for the Daggers, across a five-year spell with the club.

In June 2015, Doe rejected the offer of a new contract with Dagenham and joined Ian Allinson’s recently-promoted Boreham Wood side, playing a key role in their National League survival that campaign.

The now 29-year-old returned to Dagenham though following their relegation to the National League, where he would then spend a further season and a half.

Having re-joined the Wood, Doe told the club`s official website: “The lads and the manager have been doing really well this year and they have put themselves in a great position in the league.

“It was an easy decision for me when the manager and the chairman said that they would like me back at the club. I know them well from my time here before and I have got a lot of friends who play here as well.

“The team are in-and-around the play-offs and that is the minimum that the staff and the lads want. They want to win the league and if not then they want guaranteed play-offs.

“I have been involved in the play-offs before, I just missed out in the semi-final with Dagenham and I have also won them, back in 2010. Hopefully I can bring that experience with me and help to keep as many clean sheets as we can, between now and the end of the season.

“I really can’t wait to get back out there and get the shirt back on. Things are going so well, and I just want to help to continue that.

“It is another fresh body for the manager to think about and I just want to help the lads continue the great work that they have already done.”

Wood boss Luke Garrard knows all about the qualities that the defender possesses and said that he was only too pleased to bring him back: “Scott brings a wealth of experience with him and he has played for me before, so I know what he has in his locker.

“The qualities that he has got were very appealing to myself and it was a bonus that he was recently able to get some games under his belt during a short spell with Whitehawk.

“I have seen him back in training and I think that he looked sharp, he looked strong and he will add to the group. He adds his experience, his knowledge and his game understanding and that could be vital for us”.

 Bristol City Youngster Returns To Bath Until End Of Season Bath City have re-signed right-back or midfielder Opi Edwards on loan from SkyBet Championship neighbours Bristol City until the end of the season.

Tigers Have Real Bite Now As Gloucester's Ambition Changes  Gloucester City’s hopes are now of a top half finish after another win on Monday night against Chippenham.