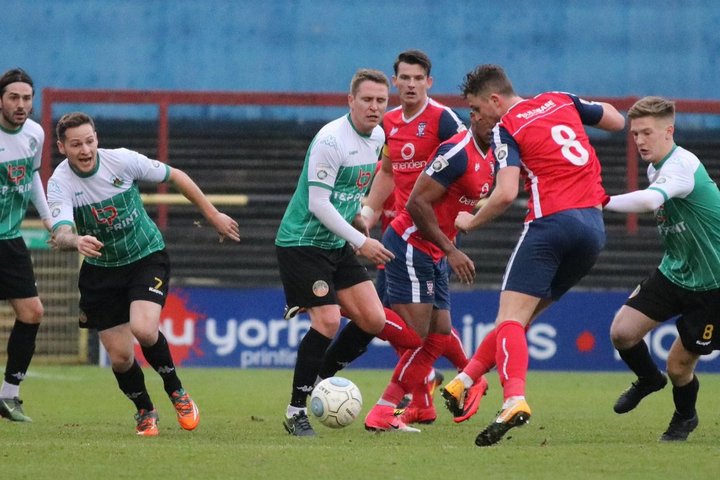 We all know how important goals are to win games of football but sometimes the defence and keeper's fine work goes unnoticed well, we've picked out five teams who have so far impressed.

It is no surprise to see all five teams are competing for a place in the automatic or play-off places as that is what a good defence can bring, writes Tom Feaheny.

For Kevin Wilkin's side they have conceded on average less than a goal a game and scored double that amount, this has led to them being one of the contenders to go up this campaign.

At the back consistency has been key in both the approach and team selection with Danny Lewis playing every league game so far in net, while in front of him captain Gareth Dean hasn't missed a match either and the likes of Ellis Myles and Alex Gudger have impressed playing nearly every match.

Home form has been impressive for the side, the most they have conceded is two in a single match, this is a key reason why they remain unbeaten at St James' Park this season in the league.

When looking at the transfers that were made by Salford City in the summer it was the defensive recruits that really stood out, so it is no shock they are doing so well at the back.

Michael Nottingham was with the club last season and has once again impressed both with his work going forward along with his work at the back.

Liam Hogan from Gateshead was always going to be a good signing and his leadership along with defensive qualities has helped, then there was the addition of Carl Piergianni who arrived from South Melbourne, these two have formed a key partnership.

Matt Jansen's side are currently out of the play-off places, by a couple of points, but that is not down to their defensive work as they are one of only two sides to concede less than a goal a game.

Matt Urwin in net with the experienced head of Andy Teague at centre-back haven't missed a single game in the Vanarama National League North this campaign and that is one of the main reasons why they continue to impress.

Two clean sheets against Kidderminster Harriers and one against Salford City show the side even against the best attacks have been strong.

This is another side in the top seven places with the defence having a good mix of experience and youth, Fraser Horsfall signing a permanent deal was a key deal for John Eustace's side.

The Harriers would have a better goal difference if it wasn't for a 5-4 win against Blyth Spartans.

They just recently lost an impressive unbeaten run, that was up to 17 games, with the lack of goals they have conceded that was no shock to see they were hard to beat.

Mark Bower was a no nonsense centre back during his playing career and he will be pleased with how his side have been working this season.

Several of the back line played for Bower at Guiseley with Steven Drench in net and Shane Killock back in the side after returning from a loan at Boston United.

Avenue have been one of the surprise packages for some but with the quality and experience, it shows the great work Bower has done.

 Twerton Park's Transformation Is Edging Closer Bath City chairman Nick Blofeld says the whole area should be excited by their plans to give a new lease of life to Twerton Park.

Davies Applauds Southport's 2018 Improvement  Southport boss Kevin Davies has seen his side impress since the start of 2018 with another three points secured.