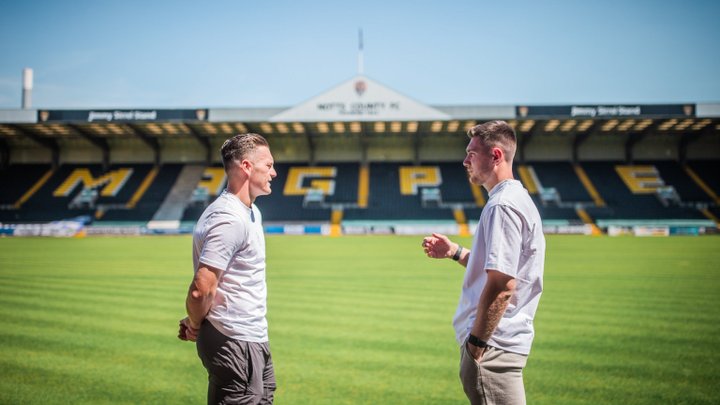 New Magpies head coach Luke Williams’ first signing is Cedwyn Scott from Gateshead, one half of the Heed’s deadly attack from last season.

He and Macaulay Langstaff, who signed for County before the change at the helm, hit 58 goals between them last term in all competitions.

It fills the void left by the departure of Kyle Wootton, who moved to National League champions Stockport County last week.

Williams hopes the pair can both make the step up and will be equally in the groove at their new home.

“Cedwyn was one of the first players presented to us by the recruitment team when we arrived at the club,” he told the club's official website

“Of course, we weren’t at the club when the process of analysing Cedwyn had begun so it was amazing to walk in and hear experienced staff telling us ‘we’ve been monitoring this player – let us show you some of his qualities.’

“Ryan and I were both taken aback. To know that all that work had been done over a long period of time was a really nice feeling to walk into and we were fully behind the club getting this deal done.

“Of course, the most important thing about Cedwyn is that he can score. Over the years we’ve all seen players with fantastic technique in training but, when they’re inside the 18-yard box during a game, they can’t replicate it.

“Clearly, Cedwyn has the quality to remain calm and find the finish. He can play across the top of the pitch, he’s determined to score and has the strength to hold people off. We’re delighted to have him.”

 The 2021-22 National League Season By Numbers It had twists and turns a plenty, with drama until the very end - but what are the facts and figures behind this brilliant National League season?

Big Deals Being Done As Transfer Market Starts To Heat Up  The preparation is already underway ahead of next season so which managers are the fastest movers?