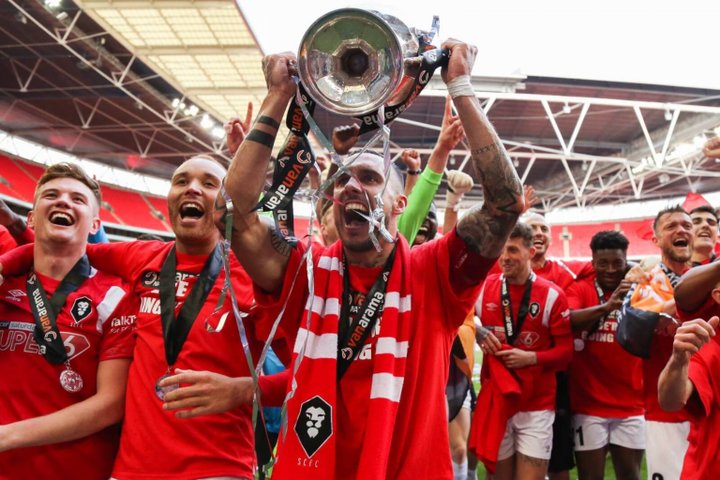 The dates for The National League play-off period have been confirmed.

Since 2018, the play-off positions have been extended to six- with the champions being promoted automatically.

In all three leagues, the remaining six fight it out for one final slot with two Eliminator matches taking place before the semi-finals.

The one-off match format has added even more excitement and kept more clubs involved in the shake-up for longer.

All five of the Vanarama National League play-off matches, including the Promotion Final held at Wembley Stadium, will be broadcast live on BT Sport.

Due to the current Government sporting guidelines during the COVID-19 pandemic, all play-off matches will be played behind closed doors.

*All dates and times are subject to change*

 Tudors Are To Offer Football To NHS Staff For Only £5 Hemel Hempstead Town are doing everything they can to reward frontline workers who have served the community so well during the pandemic.

Coopers Were The Kings Of The Hill In Battle Of The Rovers  A Wembley Promotion Final is a pressure cooker for any player. Those who can’t stand the heat must exit the kitchen, and quickly.