Darlington Get Their Man As Striker Ainge Joins The Quakers 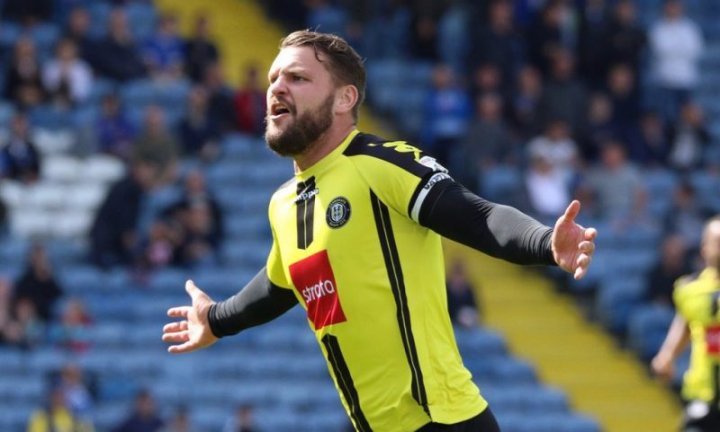 Darlington have brought in Simon Ainge for an undisclosed fee.

The striker hit a rich vein of form last season and made a big impression for Town.

His goals helped the side to a good position in the table before he went to Wrexham on loan.

Before that he made 134 appearances for Guiseley and had spells at Bradford Park Avenue, Bradford City, Luton Town and FC Halifax Town.

Ainge joined Harrogate Town as a defender but became a striker and hasn't looked back.

“Simon has plenty of experience at this level and above, and he will form a very good partnership with Reece Styche in our forward line," Tommy Wright told the club's website.

"This is a great signing for Darlington Football Club and demonstrates the ambition that the chairman, directors and supporters’ group currently have and I’m thankful for the fans boost the budget scheme which helped secure the deal.”

 The Hard Work Never Stops For Hemel Boss Brennan For most managers at this time of year it’s a case of putting their feet up, keeping a close eye on their mobile phones and waiting for the running, and complaining, to start.

South Will Be The Toughest Division Yet Warns King  New manager Steve King wants to entertain Welling United fans all the way to the National League.