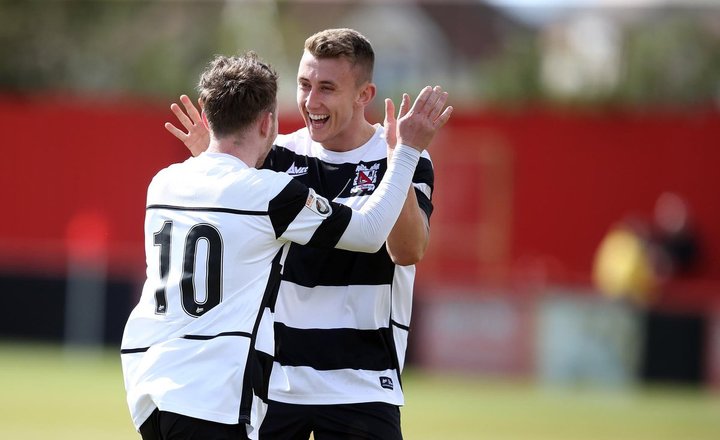 Darlington’s David Ferguson can’t wait to “express himself” in the Vanarama National League North next season.

The 22-year-old is about to begin his first full season with the Quakers after joining the team in January from Northern League club Shildon.

He handled the step up well and fans hope he carries on from his encouraging start on the 5th of August.

Ferguson credits manager Martin Gray for allowing him to play his own game.

“I’m an attacking player and that’s what I feel I’m best at,” said Ferguson. “We’ve got a good manager and a good structure and I’m allowed to play with freedom.

“Expressing myself on the pitch is what I like to do – I’ve been given that chance and I want to keep showing what I can do.

“I really like that and I can’t wait for the new season to kick off. It should be exciting for the club. It's a really big year.

“I didn’t have a pre-season last year so hopefully I’ll feel the full benefit this time around.”

The Quakers begin at Salford City and Ferguson thinks it's a positive to have such a tough game so early.

"They'll be right up there," he added. "But we are going to Salford looking for a winning start."

Ngwatala Re-Signs As The Harriers Boost Their Hand  Kidderminster Harriers have confirmed the return to the club of Elton Ngwatala on a contract until the end of the season.