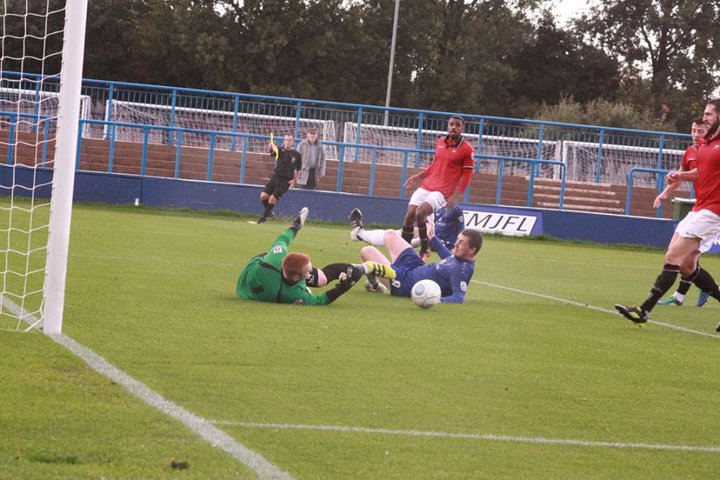 Flanagan's side have taken 12 points from their first 10 games while Leamington currently sit five places below them, second from bottom.

Both side's had positive results on Saturday as Flanagan's men saw-off FC United of Manchester at home while their visitors tonight earned a point at Darlington.

Leamington were promoted via the Evo-Stik Southern League play-offs last season and Flanagan admitted he didn't know too much about them. He said: "We've never seen them before, we haven't had the chance to look really closely. There's a lot of footage out there that I have looked at to see what they're about. I know an amount of information.

"It's going to be one of those games, they're going to be fighting for their lives, they've not had a great start but most teams who come up into this division don't rush off to the top of the league, apart from Blyth - they seem to be doing ok!

"Generally speaking teams that come up to find the first half of the season quite difficult while they get their heads round the opposition and the conditions.

"They've conceded some goals but they've had a win at FC United so they're going to be a bit of an unknown package I think.

"It will be about how our players can prepare themselves over the weekend and whether they can behave and not be drinking.

"It's a tiring thing to play two games in three days. It should in reality be a little bit tougher for them because they've been to Darlington but they'll be buoyed with the point."

 Shots Director Undertakes 'Boost the Budget' Sponsored Walk To Maidenhead Club Director and Shots Trust chairman Tommy Anderson will proudly fly the Aldershot Town`s colours as he takes on a 22-mile sponsored walk to The Shots’ away game at Maidenhead United on Saturday, 7th October in aid of `Boost the Budget`.

Avenue Bring In Valiant Defender On Loan  Bradford Park Avenue signed defender Graham Kelly on a month`s loan from SkyBet League Two side Port Vale in time for him to make his debut in the 1-1 draw with Nuneaton Town on Saturday.