Curry Returns To The North-East To Joins Moors On Loan 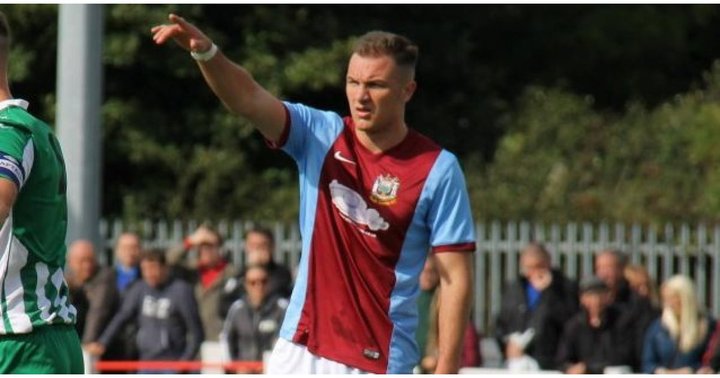 Spennymoor Town have signed 20-year-old defender Adam Curry on loan from SkyBet Championship side Hull City until the end of the season.

The centre-back signed for the Tigers from Evo-Stik League North outfit South Shields in November 2015 after making a dozen appearances for The Mariners, penning a two-year deal.

After recovering from a long-term injury, Curry was sent out on loan to fellow National League North side Boston United where he made an instant impact, scoring on his debut against Kidderminster Harriers in the Buildbase FA Trophy.

Curry can play in the centre or left side of defence, giving Jason Ainsley options as the team prepare to face thirteen games in thirty-eight days.

Ainsley spoke of his delight after securing Curry’s services, telling the club`s official website: “Adam is someone we have monitored for a while whilst he’s been playing for Hull’s under 23-side.

“The opportunity for him to join us at a stage where we are playing three games in the space of a week makes sense. He can play in the centre and the left side of defence, so he gives us more options.

“He already has National League North experience having had a spell with Boston earlier in the season which benefits us and him”.

 Vastly Experienced Goalkeeper Returns To Kidderminster Kidderminster Harriers have turned to a former favourite to add strength to their squad for the run-in to the end of the season.

Something For The Weekend: Vanarama National League  We’re approaching the final month of the season and that means there is still plenty of drama yet to come!