Crusaders Call For Back Up But 'Show Must Go On' 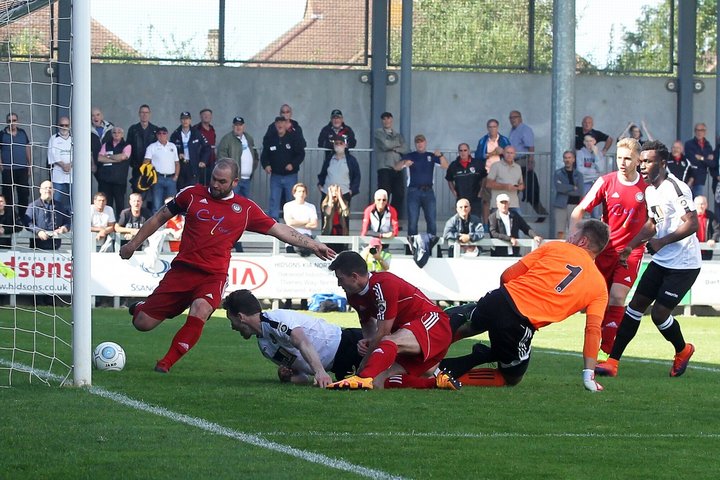 Hungerford Town have confirmed their next step following the shock resignation of manager Bobby Wilkinson after a weekend of turmoil.

It was a shock to everyone at the club considering their highly regarded manager took Town to a 6th place finish in the Vanarama National League South last season following years of great promotion winning success.

Not only did Wilkinson and his management team go, but also confirming their exit was their newly appointed chairman and vice chairman.

Players Ian Herring and Jon Boardman will take temporary charge of team affairs until the club decides its next step.

"Losing such a highly regarded manager is one thing, but it was immediately followed by the resignation of the newly appointed club Chairman and Vice Chairman with the inevitable resignation of Bobby Wilkinson's full management team," read the club's statement.

"It is the end of a very successful 8 years and the Crusaders wish to thank Bobby and his team for their extraordinary endeavours and historical success.

"It is fair to state that Bobby is one of the most exciting managers on the National League circuit and has outgrown the humble Crusaders eco system.

"We wish him every success with his next venture as he will inevitably take his unique winning skills to higher levels.

"As with all clubs who have hundreds of years history, the show must go on.

"The committee voted unanimously tonight (Monday) to bring in Ian Herring and Jon Boardman as joint caretaker managers but the next 2 games will define how damaged the Crusaders spirit may be."

The new pair have a home game with Gloucester City first before Bank Holiday Monday's away match at Poole Town.

The Hungerford board will then decide if they are to seek an outside appointment or give Herring and Boardman the role full time.

 Truro To Work Hard In Training This Week To Get Over Defeat Truro City manager Lee Hodges, has expressed his disappointment that his team didn't get anything to show for their efforts against Eastbourne Borough on Saturday.

Askey Tells Macc Squad To Stand Up And Be Counted  Manager John Askey says it is up to the whole squad to respond on Friday when Macclesfield Town face Dover Athletic at the Moss Rose, following successive away defeats.