Crowd Pleasers! The Top Attendances From The Weekend 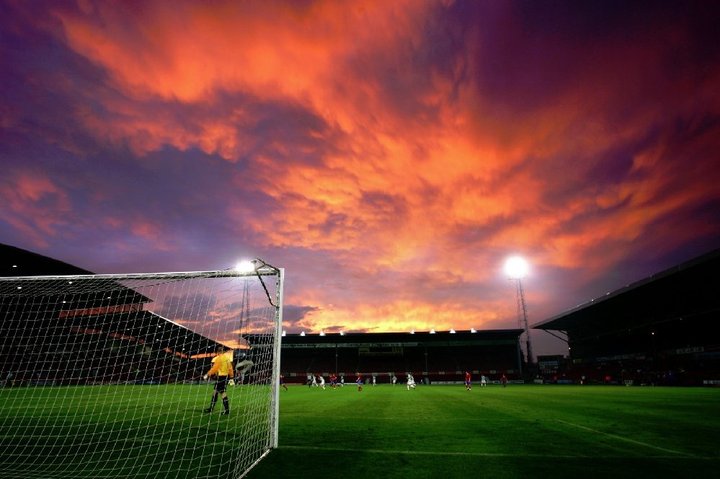 It wasn’t just a weekend that it rained goals across the National League’s divisions.

Nearly 100 hit the net in total in 31 matches as the entertainment flowed - the goal-getters certainly picked the right day to find their shooting boots!

That’s because we saw a season-best crowd of nearly 8,500 at a sold out Racecourse Ground in a derby game between Wrexham and Tranmere Rovers. Four goals and plenty of drama was on offer for the supporters - and it wasn’t the only great crowd.

Not far off 6,000 , including 1,200 travelling Aldershot fans, were at Leyton Orient to see the Shots pile the pressure on Macclesfield.

Two of the National League North’s big clubs collided and there was 4,407 there to see Stockport County beat York City 2-0.

Both just missed out on the top ten gates from the weekend but a special mention for Macclesfield v Torquay United and Maidenhead United v Chester as both games pulled in an identical 1,510.

 Seventh Heaven For St Albans Thrills Boss Allinson Ian Allinson says his side took their chances and admitted East Thurrock pushed his side despite the dominant win.

Gill Asks For More Quality From Inconsistent Bath  Jerry Gill was critical of his Bath City side after they were forced to settle for a point at Oxford City.