Coyle Expands On Why Goal Ace Alex Went To The Wall 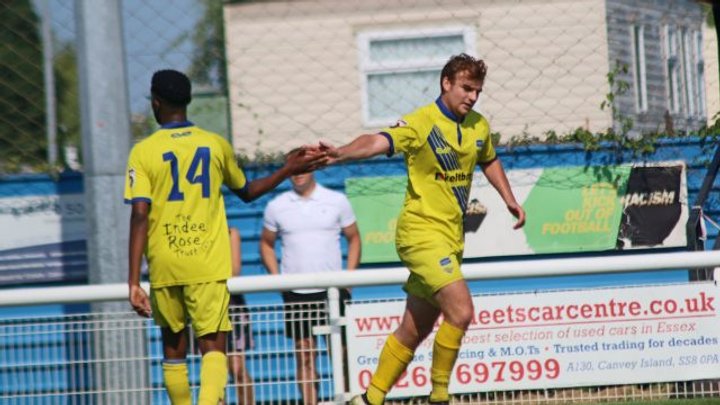 Dartford joint manager Jamie Coyle has shed some light on the decision to allow striker Alex Wall to leave - weeks after signing.

The forward didn’t kick a National League ball for the club after joining in May.

He signed for Concord Rangers in July and has hit the ground running for their National League South promotion rivals.

Wall has scored four times already for Sammy Moore’s side - and the bad news for Dartford was that the he was the one who opened the scoring against them on Tuesday night.

“We lost Andy Pugh in the summer to a long term injury,” he told us. “It was a big blow for everyone so we had a long think.

“We had two big forwards in Alex Wall and Delano Sam-Yorke. We couldn’t just go out and get another Andy so we had to weigh things up.

“We let Alex leave so we could bring Jamie Philpot in. He is more in Andy mould but it wasn’t a falling out - it was a tactical decision.

“It was a huge blow losing him (Pugh) because I know he would have scored 20-25 goals for us.”

 Herring 'No Hero' But Brilliant Boss Keeps Clean Sheet! Hungerford’s Ian Herring wanted to put his boots to one side this season and focus on managing the Crusaders without having to play too often.