County's Jim Is Staying Put Until 2021 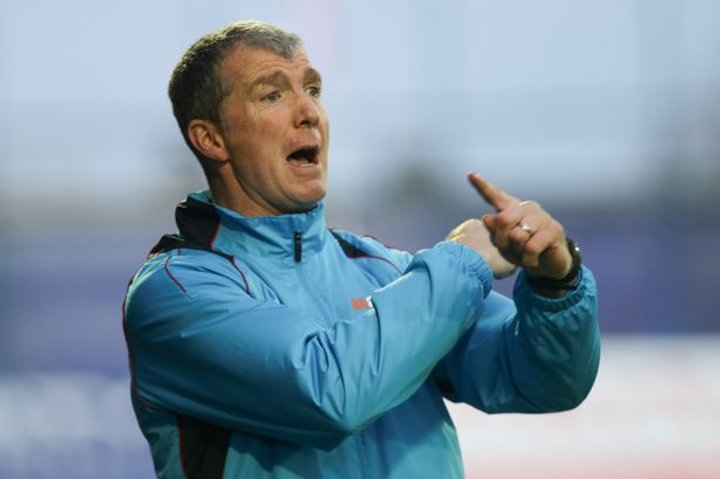 Stockport County have announced their manager Jim Gannon will be staying until 2021.

He has signed what the club say is an ‘improved and extended’ deal after a fantastic season at Edgeley Park.

County are second in the National League North and it took defeat at Brackley on Saturday to end their incredible 16-match undefeated run.

Gannon told the club’s website: “I’m really pleased to have signed this extension but I am more pleased that the board believes in what we are trying to achieve at the club.

“We have been working tirelessly to professionalise every aspect of the football club and I’m fully committed to continuing that work.

“We’re in the middle of our most successful season since I returned to Edgeley Park and I have great faith in the direction of travel which the club is taking, so I was very happy to commit to this new deal.

“It also gives the players confidence when discussing their own futures to know that the manager is in place for the foreseeable future.”

County chairman Richard Park added: “We’re delighted to have got Jim’s contract extension agreed, because we feel it’s important for everyone to have that additional security going forward.

“We’ve been working hard to create a stable and sustainable future for our club and Jim is a huge part of that commitment.

“This two-and-a-half year extension allows everyone to focus on the future and to concentrate on taking County back to the level where we believe we should be operating.”

 Orient Have Room For Improvement: Edinburgh Justin Edinburgh told his Leyton Orient side they need to be better late on in games despite powering three points clear.