County Continue To Shine With Their Summer Rebuild 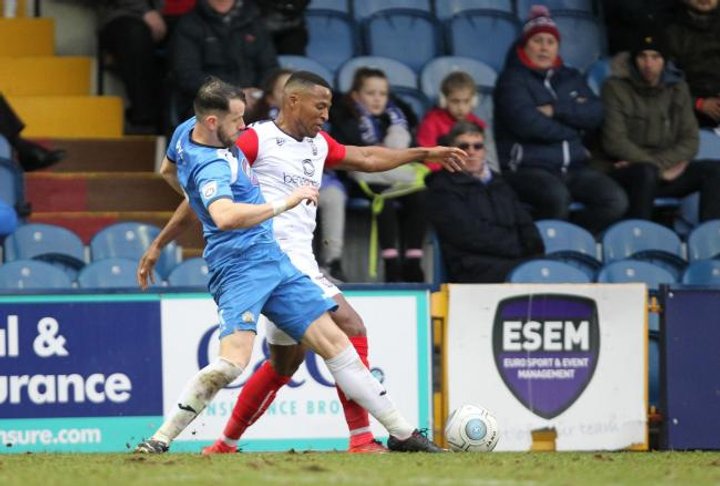 Stockport County continue to enjoy an encouraging close season as manager Jim Gannon continues to build a squad he hopes will be capable of promotion, writes Aidan Jones.

The National League North club made two new signings on Monday with another following on Tuesday, as Jake Kirby, Ashley Palmer and Nyal Bell all moved to be part of County’s challenge for promotion.

Kirby has signed a contract to re-join the club after his release from Tranmere Rovers, where he had come through the ranks as a youth player.

The midfielder had a short spell on loan at Stockport in 2015, while he was contracted to Rovers.

Next through the door, was Guiseley captain Ashley Palmer. The defender has rejected a contract extension at the West Yorkshire outfit, and will join Gannon’s side at the start of next month.

Palmer showed his delight in moving to County, and has admitted that he is a fan of the manager.

“County are a really ambitious club and I’m looking forward to being in a strong side that’s challenging at the top end,” he told the club’s website.

“As soon as I came to Edgeley Park, had a look around and met Jim Gannon, I was sold – I knew I wanted to play here.”

The third arrival this week is striker Nyal Bell, who joins after a loan spell out on loan at Chester from his parent club Gateshead.

The 21-year old also had a loan at Alfreton towards the end of last season, netting four times in six appearances.

 The Fixture Release Date And Opening Weekend Confirmed Following the formal process of informing member clubs at this weekend’s AGM, we are now in a position to clarify some dates for your diary.

Rees Seals A Deal At Gillingham As Another Steps Up  Josh Rees is the latest National League player who will be plying his trade in the EFL next season.