Confident Tudors Are Keeping Their Eyes On The Title 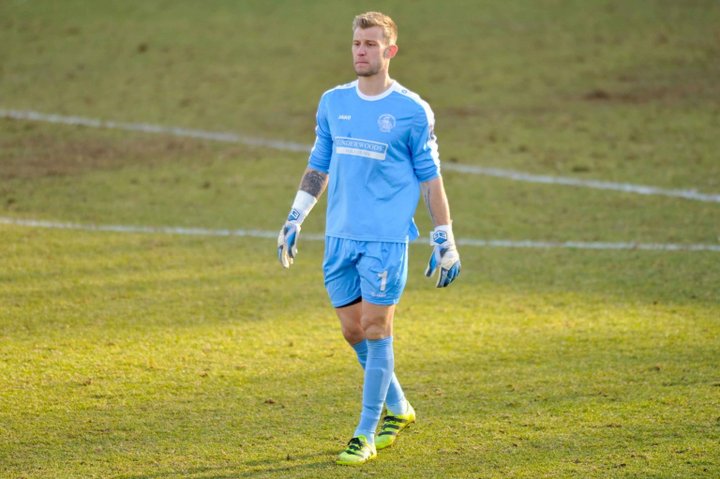 Hemel Hempstead Town goalkeeper Laurie Walker believes his side can still go on and win the National League South.

The Tudors have earned just two points from their past four matches but those include draws against promotion rivals Chelmsford City and Havant & Waterlooville.

Whilst securing a play-off spot may be seen as the goal for some, Walker reckons his team can go on a run and gatecrash the title race.

The keeper told Hemel Today: “I think as a back unit this season we have it bang on but I think it would be unfair to blame the forwards for us not being top, I just put that down to us failing to win games that on paper we should have won.

“But I’m confident we are still in with a chance of nicking the title, I honestly believe that.

“Dean (Brennan, manager) and Stuart (Maynard, assistant) are a very solid management team and we know what they expect from us, and the one thing I can say is they are honest and will say what needs to be said in a professional manner.

“All dressing rooms can get very heated, it’s just the nature of football and it’s never personal.”

 Matches Rearranged As New Dates Found For Postponements We can confirm a number of re-arranged fixtures across the three National League divisions.

Sharpe Impresses To Earn Extended Lambs Deal  Tamworth have confirmed that Rhys Sharpe has signed a contract with the club until the end of next season.