Collier: Recent Events Have Been A Reality Check For Us 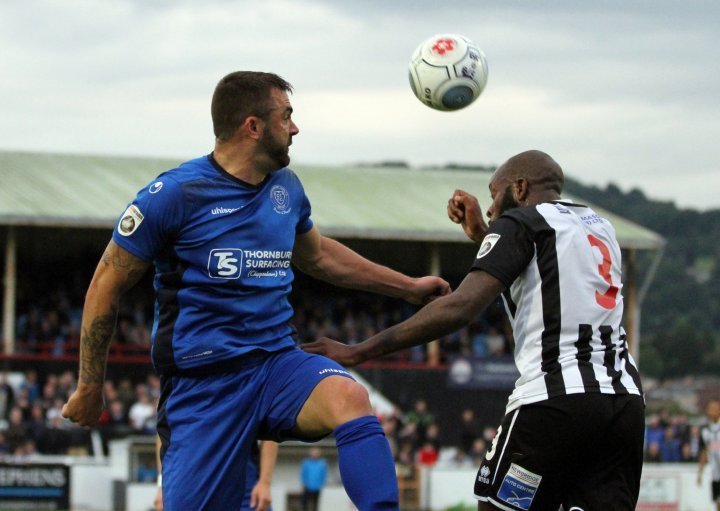 Chippenham Town boss Mark Collier believes the departure of striker David Pratt is a reality check for his side.

The Bluebirds have made a promising start to life in the National League South following promotion last season.

However, they will go into the busy festive period and beyond without top scorer Pratt.

The experienced forward, who has netted nine times in the League this season, is joining rivals Wealdstone after an offer was accepted.

Chippenham went down 4-0 at high-flying Havant & Waterlooville on Saturday and despite sitting 14th in the table, boss Collier says recent events show how difficult it is to compete in the National League South.

“It’s just a reminder to everybody, the supporters at Chippenham Town, what kind of league we’re in now and what we’re up against,” he told the Gazette & Herald.

“People need to recognise that fact. David Pratt has not gone for an extra £15. He’s gone for a substantial amount of money. He’s got a young family and that’s the situation.

“It’s the league we’re in and what we’ve got to try and compete with and make the best of what we can and that’s what we will do.

“I was only thinking that when we were leaving the ground at Havant & Waterlooville where they have got full covers for the whole pitch with blowers underneath.

 Kavanagh Becomes The Latest To Join City On Loan From Rovers Following on from the loan signing of Michael Kelly last week, SkyBet League One side Bristol Rovers have agreed to loan young striker Rhys Kavanagh to Bath City until 20th January 2018.

Will Hemel Or Chelmsford Come Out To Play?  Dean Brennan wants his Hemel Hempstead mice to play while the cat’s away this weekend.