Clarets Have FA Cup History, And Now They Want Some More 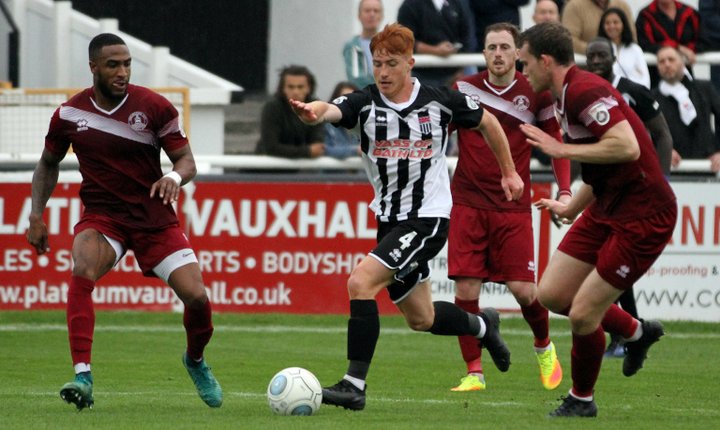 This weekend the FA Cup first round swirls into action - and the Clarets have been drawn away to Gateshead.

Stringer can’t make up his mind if he would have preferred a fellow National League side or a Football League big boy to come out of the hat.

What he has got is the longest trip possible and City go to the North East with “a chance” the manager said.

“We weren’t too sure what to make of the draw but as a manager you always want to win - and the opportunity is higher than what it would have been if we got a glamour tie,” said Stringer.

“Gateshead will be thinking exactly the same thing as us, it’s all about getting through to the next round.

“This club has had some great times in the FA Cup over the years. The fans love the competition and we are desperate to bring more success to the club.

“As a manager it’s something you want to have to on your CV, the players the same. We will travel there with a chance if we play like I know we can.”

But they will have to be better than they were at Chippenham last weekend.

“We threw it away and we can’t afford to be as open against Gateshead as we were last Saturday,” Stringer complained.

 Bentley Knows In-Form Hartlepool Will Push His Team Morecambe boss Jim Bentley says Vanarama National League outfit Hartlepool have shown they will cause his team problems in the FA Cup first round.

Bonne Gets Call Up - But It’s Not All Good News  The Leyton Orient top scorer Macauley Bonne has landed international recognition - but he will miss a big match for the Vanarama National League club because of it.