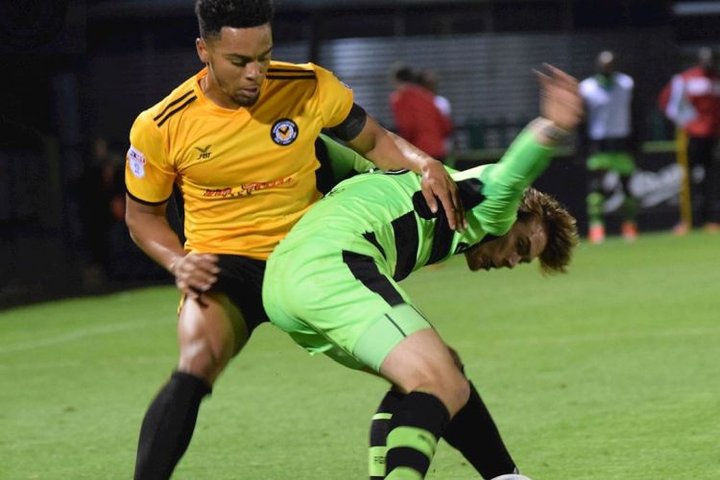 Barnum-Bobb began his career at Watford, playing for their youth team from 2012 to 2014.

On leaving Watford, he was signed by then-Cardiff City manager Ole Gunnar Solskjær and made his debut for the Bluebirds in the Carling Cup in August 2014.

He first joined Newport County in October 2015 on a month`s loan, but after a successful spell, extended his stay until the end of the season.

He signed a full-contract with the Exiles in June 2016 which was extended for another year keeping him at the club until 2018.

He went on loan to National League side Torquay United in November and left Plainmoor in January after his loan spell expired.

After receiving a straight red card against Maidstone United, Barnum-Bobb did have one game left to play during his loan spell. However, the postponement of the New Year’s Day fixture against Eastleigh meant that his suspension carried over.

The 22-year-old returned to Newport but was released towards the end of last month.

He made over forty appearances for County and scored a memorable individual goal against Alfreton Town in last season’s Emirates FA Cup run.

Coyle: We Have To Build On Benchmark Performances  Welling United boss Jamie Coyle says his side have delivered benchmark performances in recent weeks as they look to continue their climb towards the play-off places.