Chorley 'Soldiers' Show They're Up For Play-Off Battle! 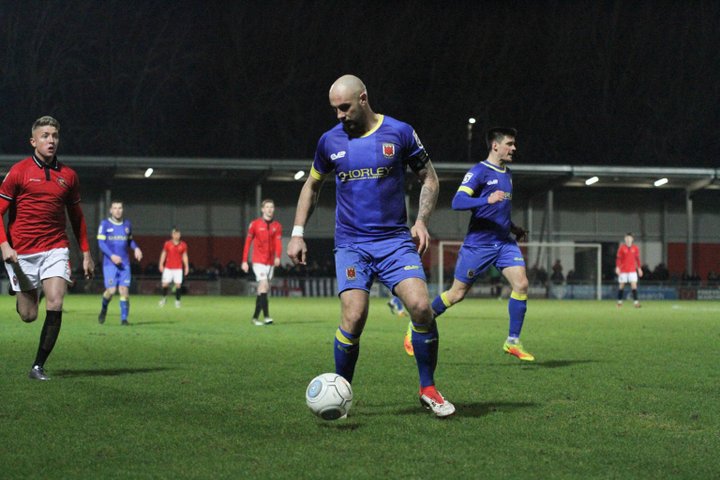 Matt Jansen was full of praise for his Chorley ‘soldiers’ after they confirmed their National League North play-off place with victory at Brackley Town.

The Magpies have now won five of their last seven games and the 2-1 victory at third-place Brackley on Wednesday night secured their top-seven finish.

Chorley were beaten in the play-off final by FC Halifax Town last term and will be hoping to go one better this time around.

Jansen’s side had to be at their best to win in Northamptonshire and the former Blackburn striker was bursting with pride.

He said: “It was a scintillating display. I thought we were brilliant. They scored a penalty against the run of play but we got back into the game which was justly deserved.

“We were relentless in the second half. We all stick together. What a bunch of boys I’ve got. They’re soldiers, they’re men - what a team and what a team spirit.

“Every single player ran themselves into the ground and we got what we deserved. All around, it was a fantastic performance.

“It was our sixth game in 12 days and to put a performance in like that after a three-hour journey - it speaks volumes.

“We’ll go into the play-offs now and hopefully prove to people that we’re good enough to get into the next division.”

 There Could Be One More Twist Ahead Says Bromley Boss Neil Smith refuses to play the ‘if only’ game. He thinks there could be yet another twist to come in Bromley’s season.

Dabba Decides It's Time To Move On From Bognor Regis  He’s served the club as a full-blooded player, a manager and a trusty coach for getting on for 20 years but it has been confirmed that Darin Killpartrick is calling time on his Bognor Regis Town love affair.