Chorley Hope To Be Singing A Promotion Anthem This Time! 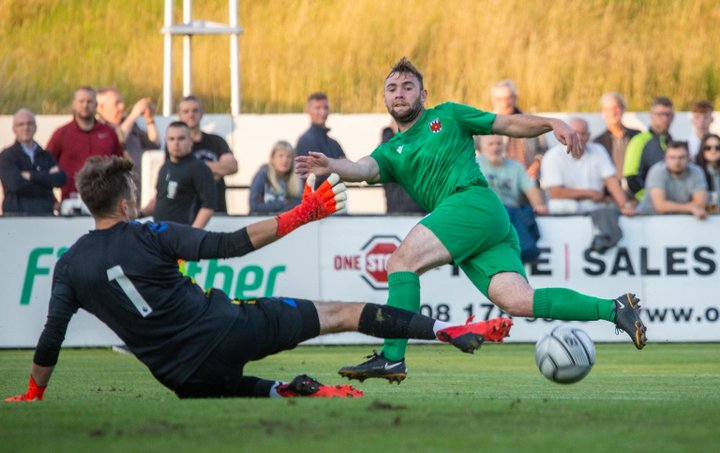 If you were under the impression there couldn’t have been a National League North club going who enjoyed last season, you’ve not spoken with anyone at Chorley.

Cutting the campaign short may have been a disheartening necessity, but it left everyone twiddling their thumbs.

Mind you, Jamie Vermiglio has never been short of something to keep him occupied.

The headteacher at Locking Stumps Community Primary School was giving some big names an education, even during the Covid-ravaged campaign. 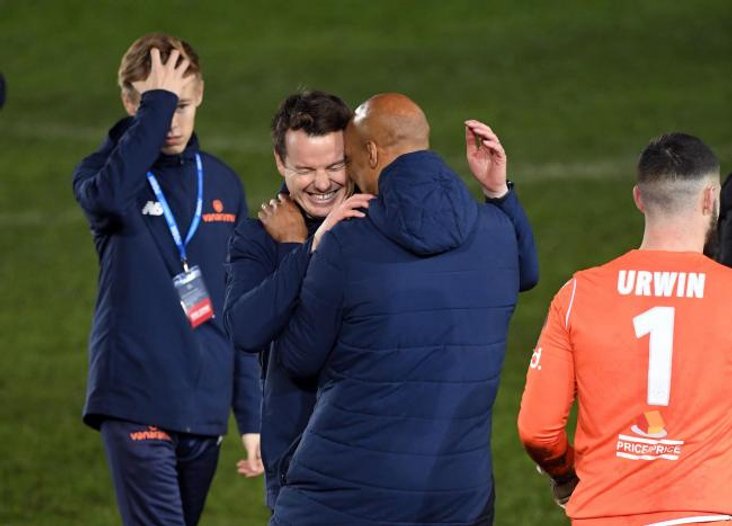 Making it through to round four of the FA Cup for the first time in the club's 138-year-old history, there weren’t many at the level to come out with good memories from a torrid 2020-21.

“Without doubt, few teams left last season with something to show for it but we were one of the lucky ones,” the young manager told us in our latest summer feature.

“We were able to say we had one of our most successful seasons in our recent history.

“Maybe a couple of the sides who had decent FA Trophy runs would have enjoyed it - a couple of clubs not far from us Marine and Skelmersdale did well in the FA Cup too. 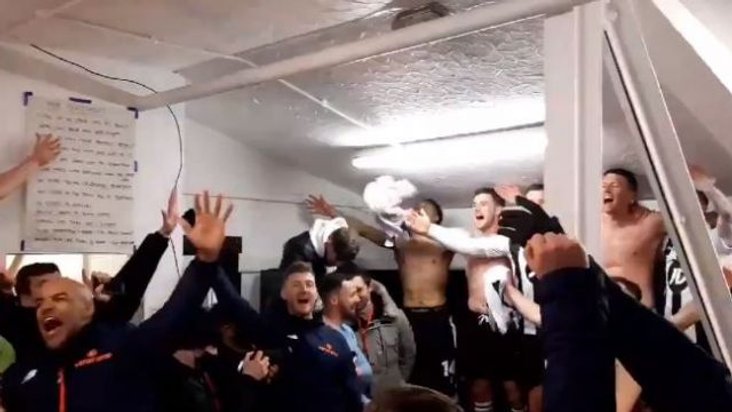 “Last year didn’t do much for too many clubs, but some were able to grasp it and for us it was a bit of a lifeline. The money plugged a huge hole.

“We finished the season in the play-offs as well which gives us plenty of encouragement going forward.”

Derby County - managed of course by an England great - then fell before Wolves’ bite marks ultimately proved too deep. 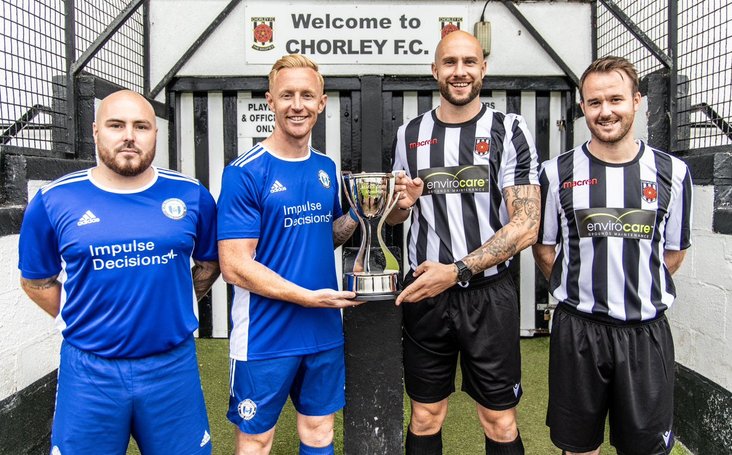 Someone like Roo? Their post match Adele sing-alongs became a fun feature of the entire FA Cup campaign.

But in May, the smiling stopped. The club were rocked by the devastating news James Dean, one of the club’s former heroes, had died. He was just 35.

The tragic striker scored 60 goals in 130 appearances for Chorley, helping them gain promotion to National League North in 2014.

This Sunday, a memorial game will be played in his honour. 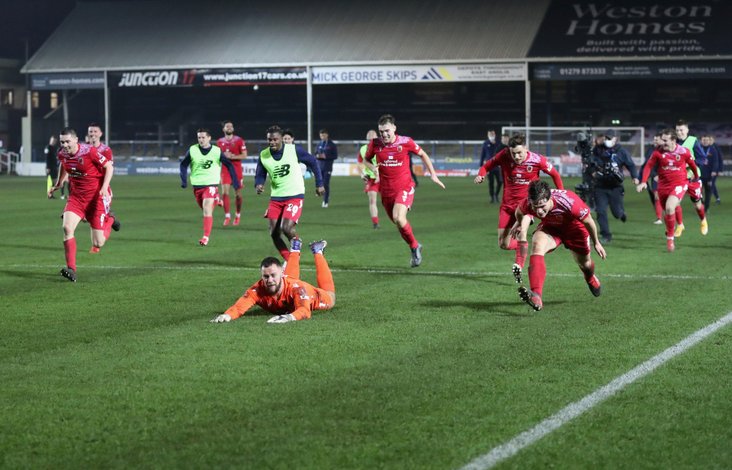 Vermiglio, 39, will even get a run out - and is thankful it’s the school holidays so he doesn’t have to face his pupils’ assessment of his performance on Monday morning!

“I’ve talked my way into the squad!” he said. “It’s going to be a great way to remember Deano, get people back together and raise some money for a family who have been left without a father.

“It has hit home how important he was to so many people. We’re going to celebrate, but also show how much he meant to everyone.”

The manager’s two jobs have helped inspire the area’s football fans of the future. 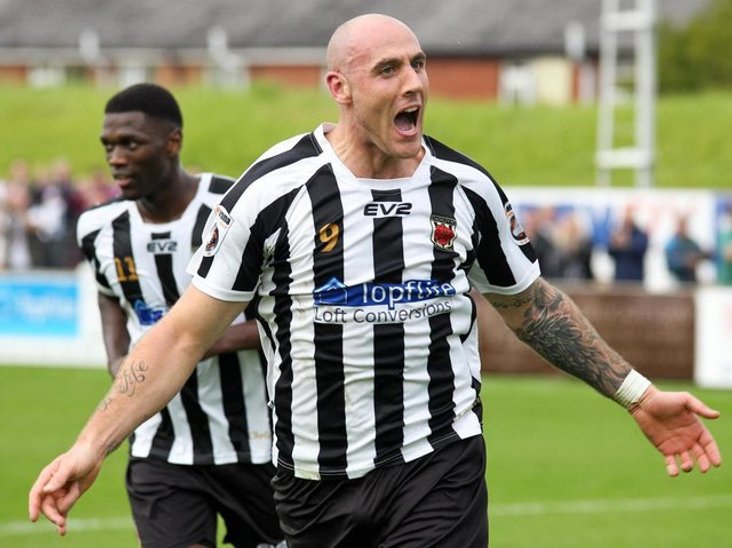 It’s not always easy to balance both - and of course a busy family life - and to do so needs plenty of give-and-take.

“The club respect I am someone who has other commitments outside the club, they understand I can’t get to every single thing all the time,” he said.

“For example, we’ve made the decision to begin training at 4pm on a Mondays. I can’t make that time, so Andy Preece will be taking those sessions. Does it sometimes impact? Of course it does.

“I’m a stickler for time keeping so when I’m late because of a governors’ meeting - or even I don’t turn up at all - it’s hard to practice what you preach. 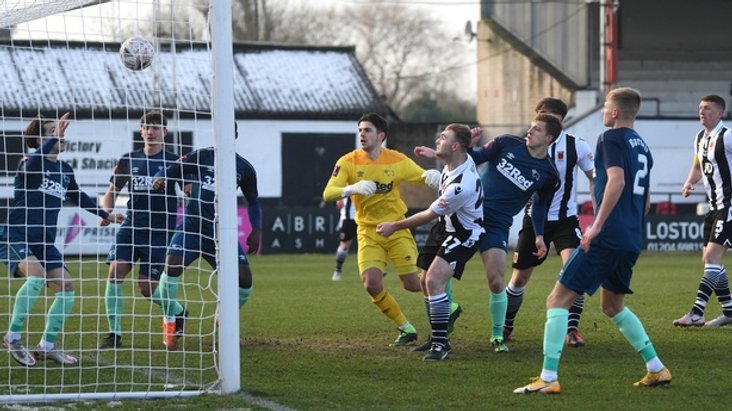 “But I’m also in a fortunate position to arrange both around each other. I don’t miss too many things either way. I’ve not missed much recently, so people haven’t had too much to moan about!”

Helping get some new young faces through the Victory Park doors surely helps his case and he added: “Another by-product is that the children have been drawn in because of what we’ve been doing at Chorley.

“Last year’s achievements were during Covid times of course, there wasn’t that much to look forward to.

“But the FA Cup run and the attention it drew - being on the TV over that month or so - there was a lot about the club. For those kids who live in this local community to see their school mentioned, it was great for them. They became involved and a part of the story. 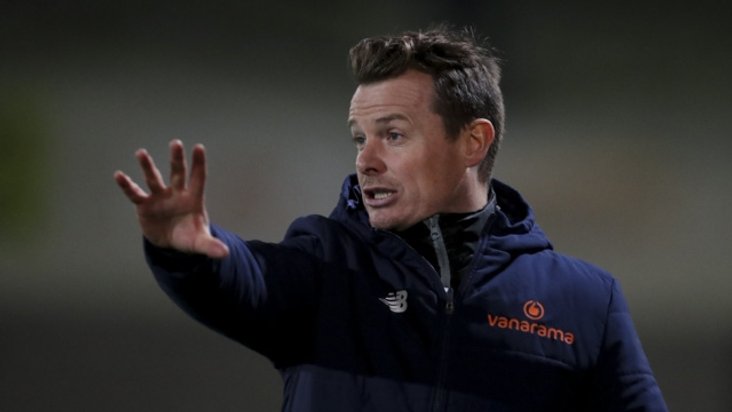 “It was quite cathartic for us. A lot of maybe non-football parents are taking a real interest - they’ll be buying a ticket next season.

“The kids love the fact I know the players. I don’t get too much stick, they turn up and it’s just pleasantries - that might change if any of them go and watch the match on Sunday and see me play!”

The Magpies begin their season with a tricky fixture at home to Brackley Town next Saturday.

But the National League North, Vermiglio warns, is about to get even tougher.

“When we were demoted in 2020, we decided to change the way we moved forward,” he added.

“We only kept four of those players, we went with a young group - it was an enormous task, and it was a difficult period. We only started last season with 13 first team players and had a poor start, losing our first four games.

“The reality is that next season is going to be very, very tough. I can name a dozen teams who will all feel they have a chance.

“It’s going to be one of the most exciting seasons, there’s a lot of points to be proven and a lot of people who want to make up for lost time.

“The standard just gets better and better every season, but we embrace the challenge - it’s going to be one of the most highly anticipated seasons there has ever been.”

Wet Lettuce Is Now Off The Huish Park Menu Next Season!  Yeovil Town are shaping up well ahead of the big kick-off but manager Darren Sarll says he’s determined not to be watching wet lettuces next season!