Chester Think They Are Onto A Winner With Watson! 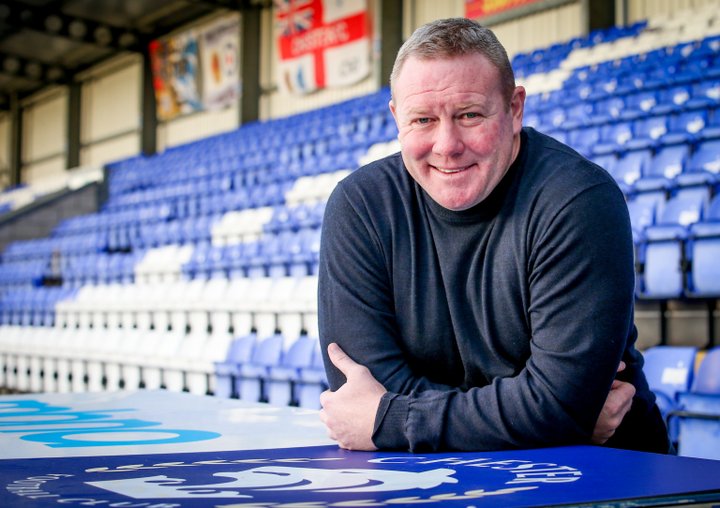 Steve Watson is back in football after Chester announced he is to take over as the club’s new manager.

The former Newcastle United defender gets down to work at the club with the Seals sitting in 16th place.

Chester have been looking for a new manager since parting ways with Anthony Johnson and Bernard Morley, who have since taken over at Spennymoor Town.

Watson, the ex Gateshead boss, has been out of work since leaving York City in mid-November.

The 47-year-old becomes the club’s sixth permanent manager since the club’s reformation.

Danny Livesey and Simon Grand have been in interim charge since the change over, and Watson has signed a contract initially until the end of the season at the Deva Stadium.

CFU Chair Andy Morris can’t wait to see the team player under his guidance in the weeks ahead.

“We are delighted to welcome Steve to the club following a wide recruitment campaign over the last few weeks,” he said.

“Having spoken to Steve numerous times, we are confident that he can build on the foundations already within the Club for the remainder of the season.

“It was important that we appointed a manager who knew the league in terms of opposition and players so that he could have an immediate impact and push us on to finish in the highest possible position in the table.

“The work that Steve did at Macclesfield and Gateshead alongside his time at York show that he can operate successfully at this level and that he is able to coach and develop the current players as well as attracting new additions in our pursuit for a play-off place.

“During the interview process, Steve impressed with the level of research into our current squad and performance but most importantly with how he felt he could improve the team and most importantly results.

“Given his track record of success and his alignment to our community ethos and supporting player development, the board felt Steve was the right candidate to move the Club forward.

“The work that Danny Livesey and Simon Grand have done in interim charge has been incredible and we thank them both for their efforts and dedication to the Club stepping up in difficult circumstances.”

 Unibet's National League North And South Preview There’s a brilliant Boxing Day in store in the National League South and North - so who will be feasting on three points this festive period?