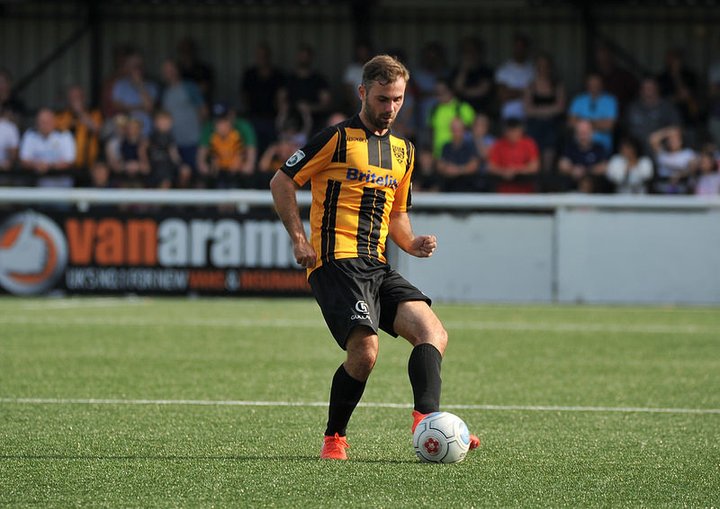 Chelmsford City have announced their first signings of the summer.

Nasha started his career at West Ham United, where he made one first-team appearance in UEFA Europa League qualifying matche and featured in the Hammers’ pre-season trip to play Chelmsford at the Melbourne Community Stadium in July 2015.

The 22-year-old departed the London side for National League side Dover Athletic in October 2016 but, with first team chances limited, he opted for a move elsewhere and Concord Rangers’ Aspect Arena proved the final destination.

In his debut season with the Beachboys, Nasha made fifteen appearances for the Canvey Island outfit - finding the net once.

Having impressed the Concord supporters, Nasha impressed further in his second season as he scored 4 times from thirty-one appearances.

Anderson (pictured) joins the Clarets following his release from Maidstone.

The 28-year-old defender began his career in the Chelsea youth team before swapping to the Blues’ London rivals Fulham in 2006.

Having spent a brief spell at Woking, Anderson signed professional terms following an impressive tenure with the Cottagers’ reserve side, thus earning himself opportunities with the first-team.

Following from this, Anderson signed for Lincoln City before moving to AFC Hornchurch following his release from the Imps in May 2011.

During an impressive season with the Urchins, Anderson scored once from forty appearances and was voted as player of the season for the 2011/12 campaign.

Anderson then signed for Billericay Town - with whom he made twenty-three appearances - but soon moved to Cambridge United and then Bromley.

The experienced defender soon settled down with the Ravens and, during a four-season spell, Anderson appeared 165 times - scoring 5 times.

During his time at Bromley, Anderson was named Conference South player of the month.

In May 2017 Anderson swapped sides to National League opponents Maidstone but was recently released by manager Jay Saunders.