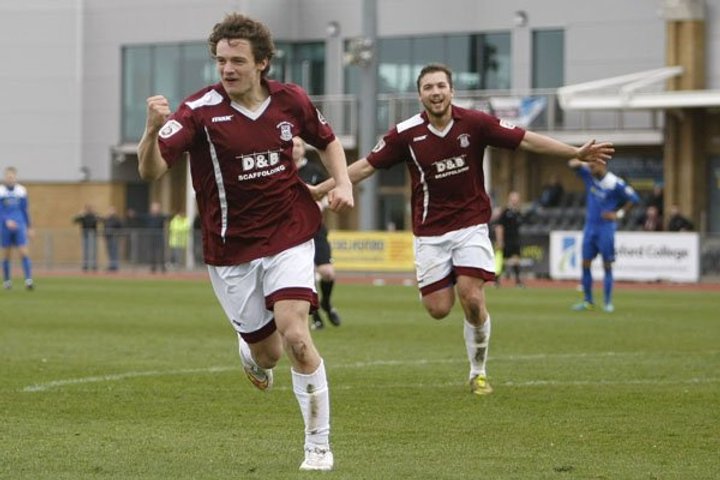 Chelmsford City have issued a statement regarding Hugo Skepelhorn.

Skepelhorn entered the first-team picture as an 18-year-old substitute during the 4-2 home win over Bishop’s Stortford at the back end of the 2014/15 season, and the young academy graduate made an instant impact by scoring within 5 minutes of his first appearance.

Since his debut, Skepelhorn has appeared twenty-nine times for the Clarets, adding 8 more goals to his debut appearance strike.

The academy product settled into the City squad under Mark Hawkes for the 2015/16 season. The youngster’s season was cut short, however, as a persistent injury ruled the striker out of action following the visit of Eastbourne Borough on November 21st.

The striker’s injuries that season included multiple damages to his body, he revealed in an interview with the Essex Chronicle.

“It was a mixture of everything, it was my back, groin and hips," said Skepelhorn. "I am built with one leg longer than the other and I get a lot of problems so it's taken months and months or rehab work and stretching to get in the right shape again.”

Supporters were pleased to see the return of Skepelhorn in this summer’s pre-season schedule, however his name on the team sheet soon disappeared as he was struck by another injury.

The young front-man opted to visit the doctor and he was in-turn referred to specialists at the hospital. Skepelhorn underwent numerous tests with medical experts and it was discovered that a thickness of one side on his heart - similar to that of Fabrice Muamba - could cause him serious damage in the future if he was to continue physical activity.

It has since been decided by the player and the medical specialists that, while he undergoes regular monitoring and waits for a CT and MRI scan, he will not partake in any form of sport.

The management team held discussions with the youngster with regards to his health and wellbeing and, while club would love to retain the striker, it has been agreed that he will not be appearing for Chelmsford City Football Club for the foreseeable future.

Speaking as part of the club's statement, Skepelhorn said: “Ever since I made my debut for the club I have been amazed at just how supportive everyone at the club has been, through all the injury problems and now my current situation.

“I'd love to be able to play again after the scans, as it felt I finally got over the injury issues, but if it is the case that I have to leave the game, I'd like to say thank you to everyone I've been involved with in the last four years. Academy staff, managers, coaches, teammates and physio's”.

 Murray Looks Forward To Run Of Home Games Boston United boss Adam Murray believes their back to back home games has to be used to their advantage.