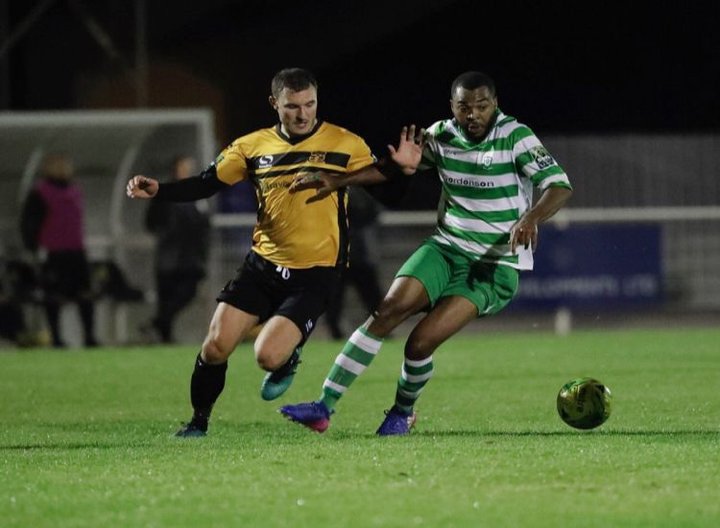 Assombalonga joins the Clarets from Bostik League North side Waltham Abbey where, in his second spell, he had notched 7 goals in ten games.

Assombalonga had signed for the Daggers in June 2016 signing a two-year deal, and made fourteen appearances, scoring one goal and getting one assist and also had loan spells with St Albans City and Whitehawk whilst at Victoria Road.

The older brother of Nottingham Forest striker Britt Asombalonga, he joined the Daggers from Waltham Abbey after scoring 31 goals in thirty-four appearances the previous season.

He returned to the Abbots in August.

Bassele, 23, moved from Hayes & Yeading United to AFC Bournemouth in 2012.

He failed to make the breakthrough with the Cherries, but did spend time out on loan with Lincoln City, Dorchester Town, Welling United and Havant & Waterlooville.