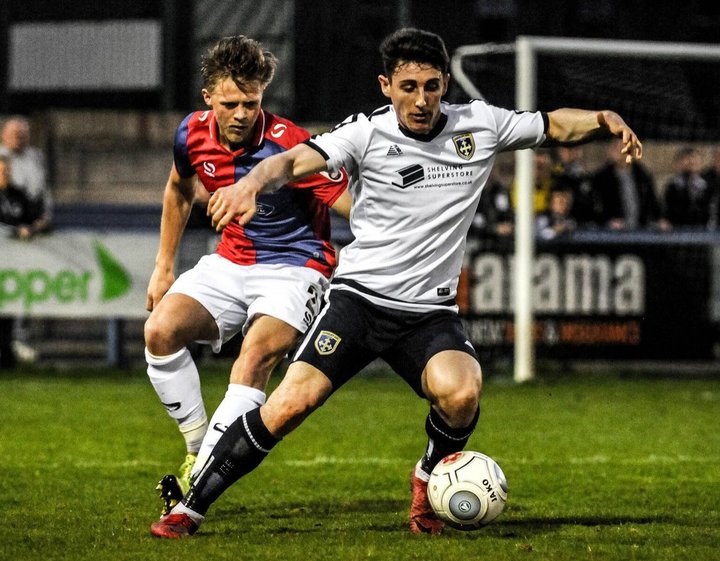 It`s been a season of underachieving for Dagenham & Redbridge but an even more disappointing campaign for Guiseley AFC.

However, despite the fact that the hosts had already been relegated from the Vanarama National League, they played their part in an eight-goal thriller at Nethermoor Park which John Still`s visitors eventually came out on top of.

And seven of the goals came in the opening 45 minutes!

Ten minutes later, the Essex side doubled their advantage when Liam Gordon raced through to finish well past Luke Coddington.

But less than a minute later, Alex Purver`s cross sailed over Dagenham `keeper Mark Cousins and into the back of the net.

And then 6 minutes after that, Guiseley were level when James Roberts was hauled to the ground by Luke Pennell.

Roberts` penalty was saved by Cousins but Ellis Hudson reacted quickest to slot in the rebound.

But back came the Lions once more to equalise 2 minutes later when Simon Lenighan smashed the ball past Cousins.

Okenabirihie restored the visitors` lead once more a minute before the break from the spot to make it 4-3.

Defences tightened and chances came and went in the second half until Cheek completed his hat-trick after 67 minutes when he pounced on a loose ball after Coddington had parried his initial effort.

Positive Thoughts Key For Nash As They Chase Safety  Curzon Ashton are only thinking positive thoughts ahead of their last home game of the season - with a victory all but confirming their National League North place for next term.