Chambers: Harriers' Free-Flowing Game Is Why I Signed Up 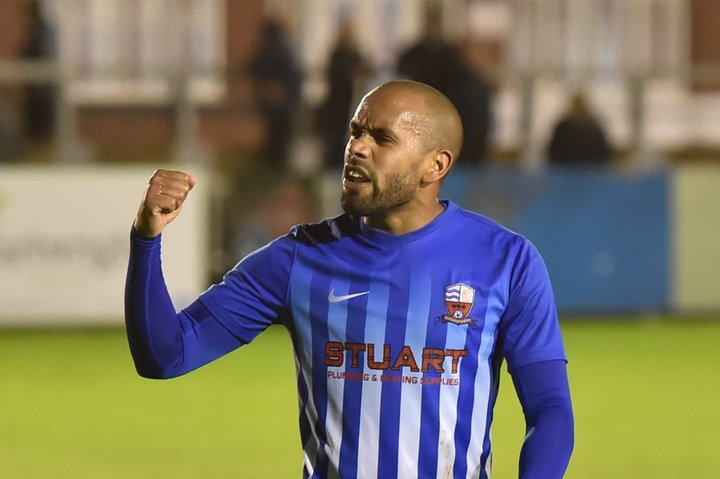 Ashley Chambers picked Kidderminster Harriers over others because of their style of football.

The free-scoring striker selected Aggborough after his contract at Nuneaton expired.

Chambers scored an impressive 20 goals in the National League North - and he has already targeted more in red and white next term.

He told the Harriers YouTube channel that he is already licking his lips at the prospect of the net bulging again.

“There’s no denying that the football that’s played here is brilliant. It’s a joy to watch - but not always a joy to play against!” he said.

“That was a big selling point. I don’t know many players who wouldn’t want to come and play for a team who play the ball on the ground, and as quickly as Kidderminster do.

“I’m really excited about the prospect of how many chances I am hopefully going to get.

“The club is ambitious as well, it ticks all the boxes. I’m hoping after a few seasons the club can get over the finishing line and really push on.

“I would like to think I can carry on from where I left off last season and hopefully score even more goals.”

The 28-year-old former York City and Leicester striker has signed a two-year contract.

 Swap Shop! Trade Off As Southwell And Garner Switch Sides FC Halifax Town and Guiseley have pulled off an unofficial swap deal.

Gray Know New Boy Jake Is Made Of All The Wright Stuff!  Martin Gray thinks Jake Wright’s promotion know-how can prove to be a big assett for York City next season.