Challinor Takes Steps On The Road To Redemption 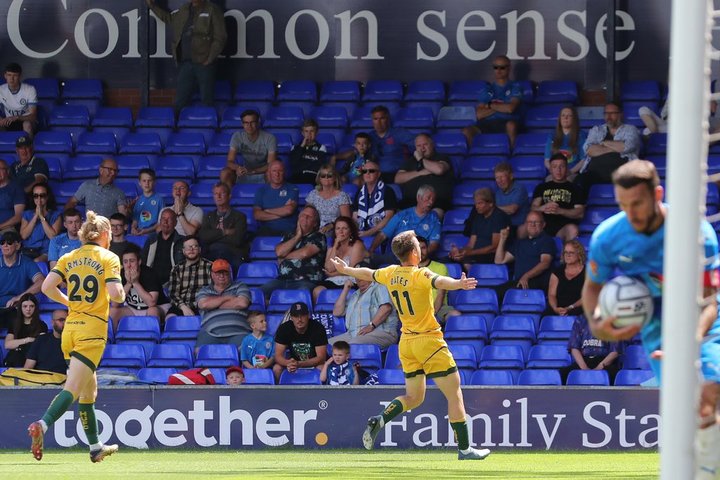 Loyal Dave Challinor will always support his players, but he now wants to shield them as well.

Like any good father, the Hartlepool United manager wants to protect his young from the same pain he felt.

It was a long summer for the AFC Fylde manager after his team’s Wembley no show two years ago.

Second best to Salford City, Challinor says his lasting memory of that day is watching David Beckham and the Class of 92 prancing on the Wembley pitch at full-time. 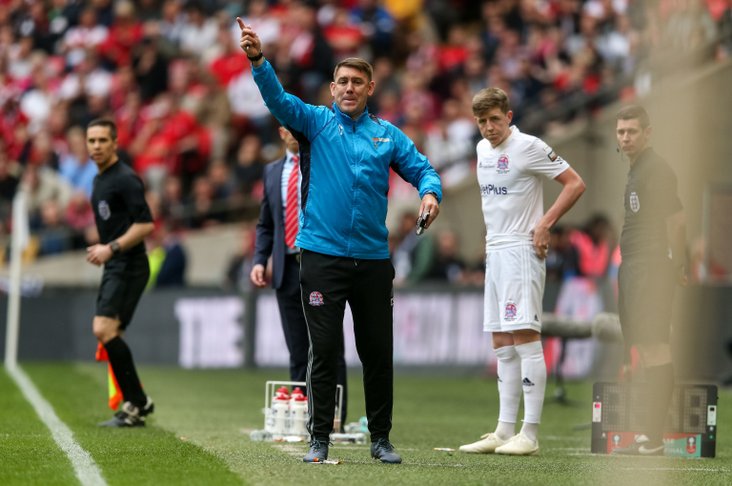 The year before, his Coasters were just as toothless as they lost their Eliminator at Boreham Wood.

Because of Covid, the last close season was a long one.

For Challinor, the two before that must have seen to last forever with those play-off defeats ringing in his ears. 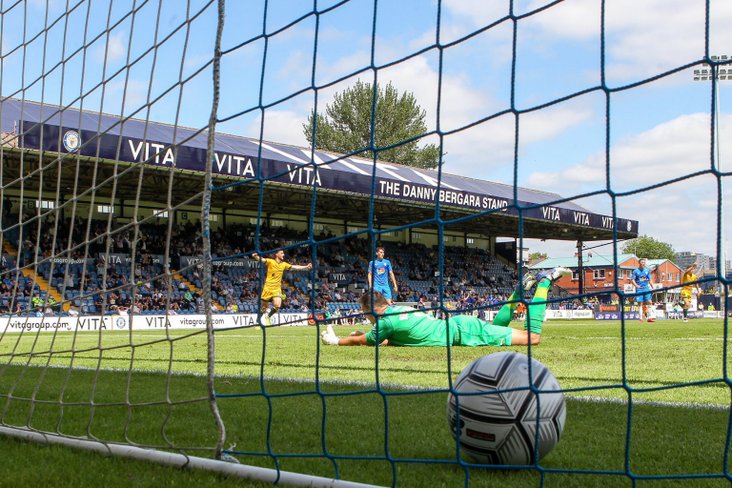 Now he wants the shortest football summer on record and the quickest of turn-arounds to prepare Pools for League Two on August 7.

For whoever comes out on top, there won’t be much time to sit on sunloungers.

The 45-year-old would be more than happy to sacrifice his usual six weeks off if it means the club reclaim their EFL place after four years away.

He said: “In terms of what I have learned from my last Promotion Final, it’s not actually too dissimilar. 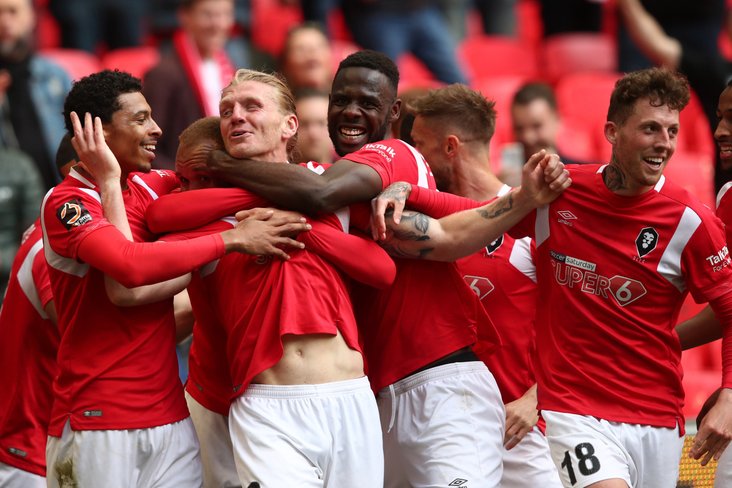 “Both my Fylde team and my Hartlepool side now are pretty comparable because we’re up where we are in the table for a reason.

“It was tough not going up, but those type of experiences make you stronger as a person and a manager. You’re always learning.

“When I came here you could see straight away that it’s a club that is crying out for some success.

“The expectation hasn’t changed a bit, you always have expectation. The main difference between us now and the Fylde team we had is maybe the amount of individual match winners we had at Fylde. 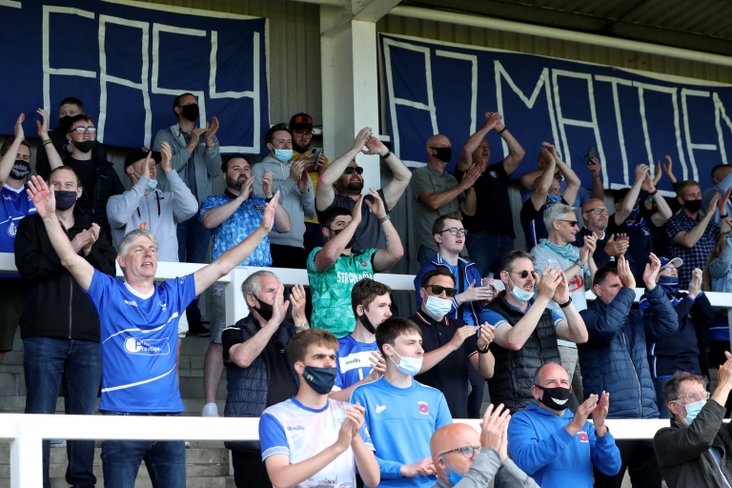 "Whereas here, we’re more of a team.”

Challinor won’t be disturbed by what happened the last time his team walked out for a Promotion Final.

In fact, he’s looking to learn from the mistakes of that day and put things right.

Considering how far his team have come under his leadership, some fans will point to big progress regardless of the outcome at Ashton Gate. 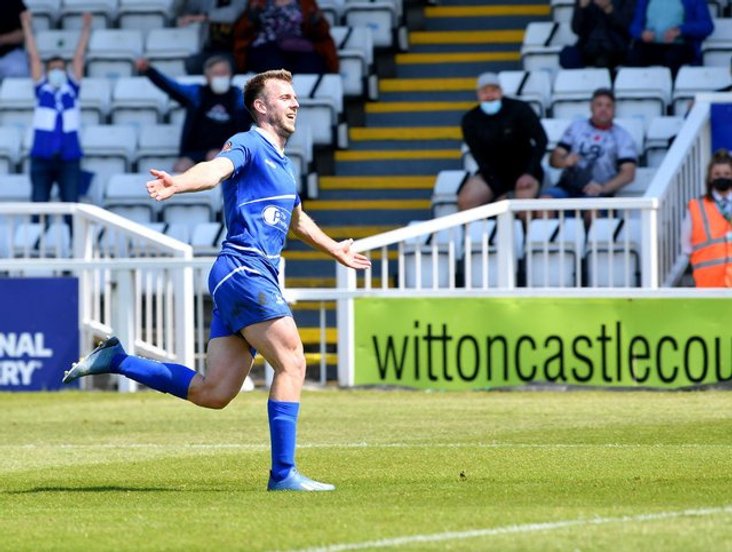 Winning 255 of his 472 games in charge as a manager, there’s no doubt Pools are in a much better place than when he walked in the door.

He told us: “There was some talk at the start of the season ‘well Hartlepool aren’t ready for the play-offs’.

“I think we have shown to everyone that we are.

"When you get results, belief increases, we’ve seen that week-by-week this year. 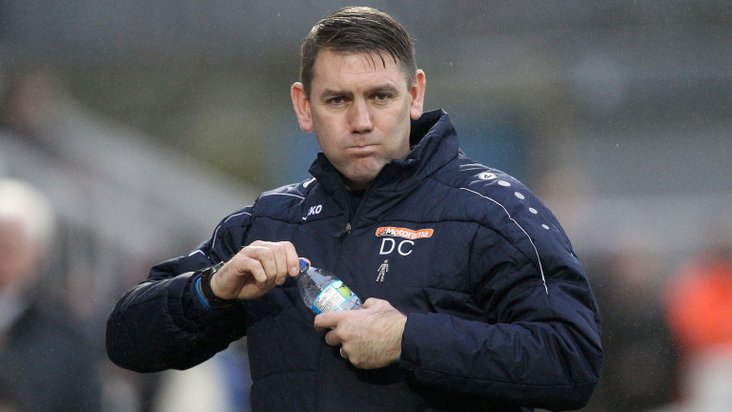 “But we have to go into Sunday with one thought in mind - we’re one game away.

“We started the season with a different shape, and we evolved. We’ve had the odd loss of course, but we’ve never really had a wobble.

“We want to be open and expansive. But as much as it’s about the here and now, it’s also about helping them along the way.

“We’ve given ourselves a real opportunity now and we don’t want to miss it.

 Ronny In The Cup Again? Gulls' Danny Wright Hopes So! The last time Danny Wright helped a team to promotion from the National League son Ronny was small enough to fit into the trophy.