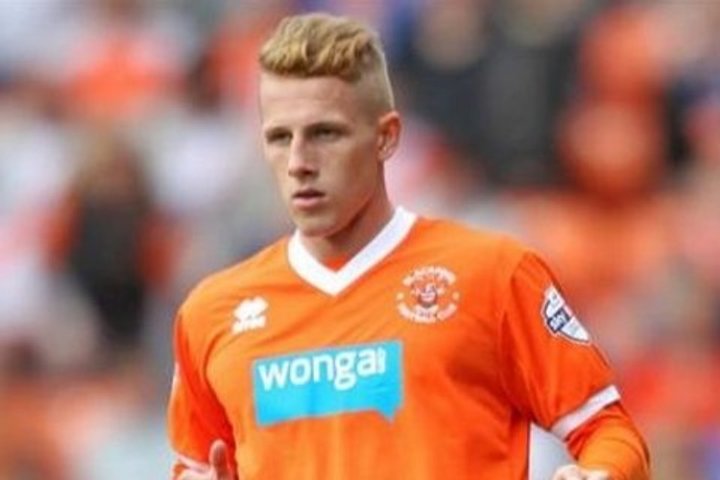 Twenty-three-year-old Caton was released by National League side Dover Athletic at the end of the season, and has been training with Quakers during pre-season.

He appeared and scored in Quakers’ 5-1 friendly victory at Ebac Northern Leaguers Newton Aycliffe last Wednesday night, and has signed a two-year contract.

He was part of the Bolton Wanderers youth set-up from the age of nine, and played for England under-16 schoolboys before he signed as a pro for two years in 2010.

When he left Bolton, he joined Blackpool in 2012 when they were in the Championship, and was at Bloomfield Road for two seasons before going to League Two club Shrewsbury Town.

He was part of their promotion-winning squad, and from there, he had loan spells at Mansfield Town and then-National League outfit Southport, whom he joined permanently in August last year.

He left Southport in January 2017 and moved south to join Dover.

Darlington manager Martin Gray told the club`s official website: “James has looked good in pre-season training with us, and we believe that he will provide excellent competition for places.

“We have beaten several clubs from higher up the system for his signature, and I think he will offer something different to what we’ve got up front”.

 Brundle Over The Moon To Be Dover's Captain Mitch Brundle recently joined the side from fellow Vanarama National League club Gateshead and has now been given the captain's armband for the season.

Gardiner: Different Tests Key To Pre-Season  Kidderminster Harriers Head of Coaching has praised the attitude of the side after a busy week saw them play a variety of opposition.