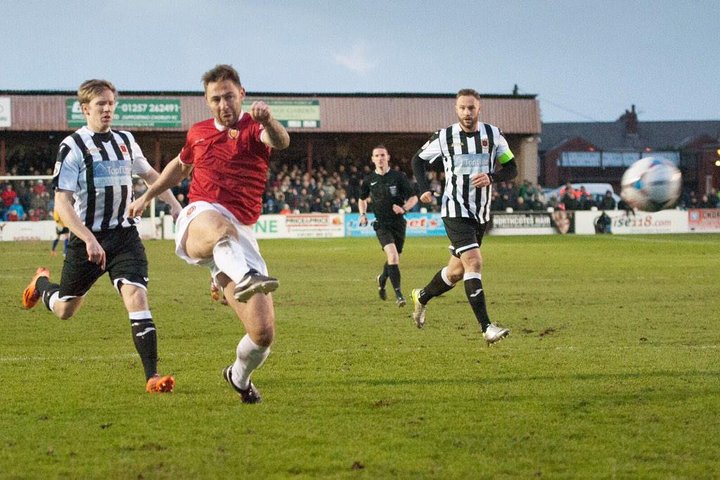 Tom Greaves says his first win in caretaker charge of FC United of Manchester meant a lot to him.

FC United of Manchester were able to gain a 2-1 victory, that helped them climb a place in the Vanarama National League North table, writes Tom Feaheny.

"The work rate and commitment was unreal, we threw everything in the last five minutes, we weren't troubled until we conceded, everything I asked for we have done," Greaves told FCUM radio.

"I couldn't have asked for a better set of lads, they all contacted me after it was announced I was in this role, all saying they wanted to back me.

"I was gutted when Karl left, I gave my all for him, but he told me he was there for me, he was fine with me taking the role and is there for me if I need it, he is best man I have met in football."

Greaves said the changes he made included in the formation and some of the training they did as well.

"I like 4-4-2 it offers us balance, I've played up front and I felt it worked, we were able to utilise players like Logan who worked so hard for us, when he had the ball."

"We worked on our shape in training the lads listened and we dealt with the problems Nuneaton tried to cause us."

 Maamria Handed Permanent Charge At Nuneaton Dino Maamria has been handed the permanent managers` role at Nuneaton Town - but he got off to a losing start this afternoon.

Shots Down By Yussuf's Treble At Barrow  A hat-trick from Abdillahie Yussuf compounded an awful day for Gary Waddock's Aldershot at Barrow.