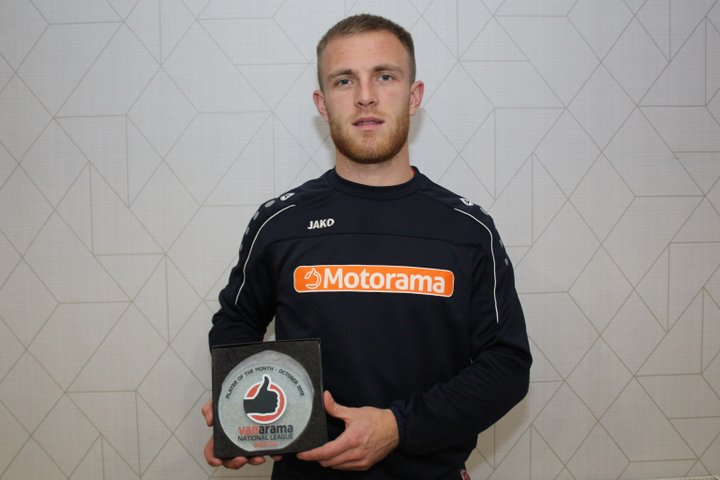 Southport midfielder David Morgan is the Vanarama National League North Player of the Month for October.

A week is a long time in football, people usually say. But for Southport fans, the past year might have felt like a lifetime.

At this point last season, the Port were all at sea. Rock bottom of the National League North table with just one win, and eight points from their opening 14 games – five points adrift of safety.

Nowadays it’s a different story entirely. Fourth in the table and having won all but one of their games through October, it couldn’t be going any better.

Captain fantastic David Morgan has been at the forefront of the action for the highfliers – starting the month with a goal in their FA Cup win over Farsley Celtic.

Scoring the winner against Brackley Town was the icing on the cake before wins over Hereford and Bradford (Park Avenue) rounded off an incredible month for Liam Watson’s troops.

The ruthless skipper looks determined to take the game to anyone who stands in his team’s way.

 Chip, Chip Hooray! Magic Mark Has His Bluebirds Flying If Chippenham Town fans wanted a little lift before their big weekend FA Cup moment, then they have certainly got it.