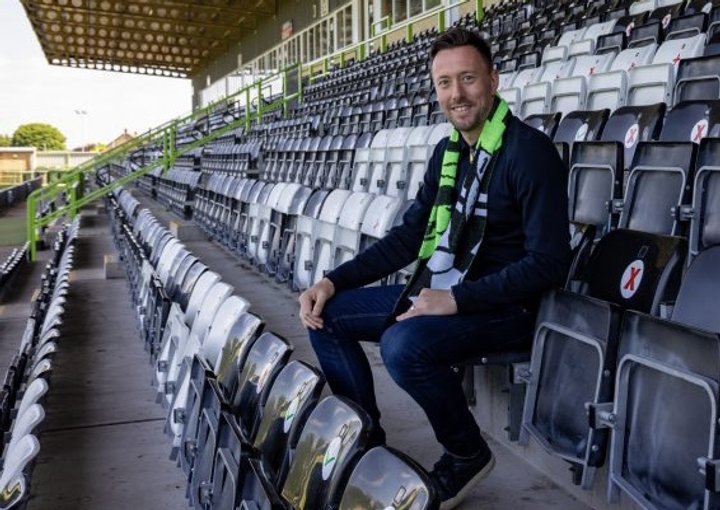 The New Lawn club made a formal approach after Monday’s defeat to Grimsby Town.

Notts say terms have been agreed between the clubs and he replaces Watford bound Rob Edwards.

Negotiations are progressing “well” with a number of managerial targets to succeed Burchnall, who the club appointed in March 2021.

A County statement read: “We would like to place on record our appreciation to Forest Green Rovers for the way they have conducted themselves throughout this process.

“The same applies to Ian, who departs with our very best wishes for the future.

“While it is of course disappointing to be losing a head coach of Ian’s calibre, we feel it pertinent to remind supporters that, while the head coach is clearly an important part of our structure, a change in personnel does not lead to a switch in overarching philosophy.

“Ian’s replacement, while no doubt having their own style and characteristics, will be tasked with building on the foundations we have laid over the last three seasons and operating in line with the club’s core values and beliefs.

“When we appointed Ian we had huge confidence in his ability as a coach and were always aware this day may come once his qualities became more apparent to other English clubs.

“As with players, we are constantly monitoring head coaches and managers who we feel may be of interest to us in the future.

“As a result we have a ready-made shortlist of exciting potential replacements, with whom we look forward to discussing the role in due course.

“We would also like to take this opportunity to assure supporters that today’s news does not hinder our player recruitment plans for the coming campaign.

“Negotiations are progressing well with a number of targets and we expect to bring you some good news on this front soon.”

 Unibet's Big Wrexham vs Grimsby Semi-Final Preview The teams are one win away from a place in the Promotion Final - so who’s going to shine in the semi-finals?