Brown Departs As Brown Goes In At Billericay Town 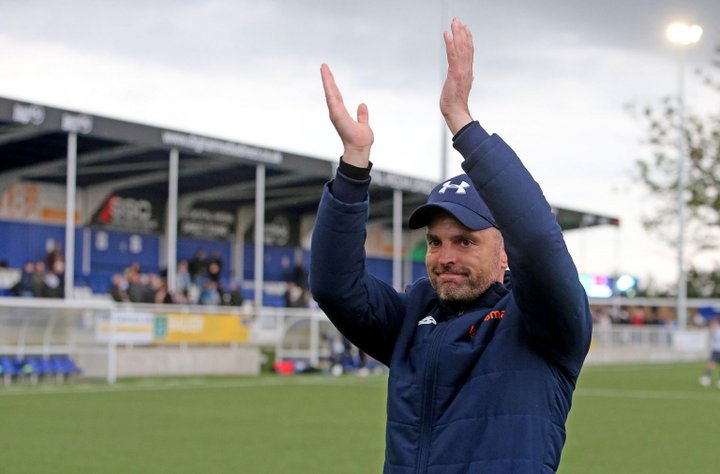 Billericay Town have parted company with manager Jody Brown as the club remain rooted to the bottom of the Vanarama National League South.

The Blues were defeated 2-1 by Essex rivals Chelmsford City on Bank Holiday Monday.

It was the club’s fourth loss in a row and they have made a change to try and peg back Welling United and clinch survival.

With four games to go, Billericay have announced Danny Brown will be in charge for the remainder of the season.

Jody Brown was appointed in October and led them to a 1-0 win against Bowers & Pitsea in the Essex Senior Cup final last week.

But with the threat of relegation hanging over them, Town have made a change.

The statement read: "With regret we have to announce that we have parted company with our manager Jody Brown with immediate effect.

"Danny Brown will take the reins for the rest of the season. We will be fighting to the end to maintain our place in the National South."

New boss Brown’s first game in charge will be against Bath City on Saturday.

What Happened On Monday Across The National League  Stockport County took a giant stride towards an EFL return with a late winner against Solihull Moors.