Bromley Bring In Forest Green Striker For Remainder Of The Season 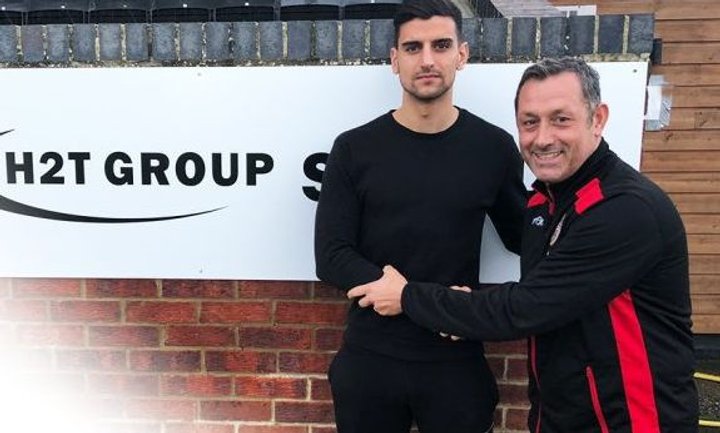 The 6’1” striker joins the club on loan until the end of the season, with the Ravens beating off fierce competition from several rival clubs for the Lebanese international’s signature.

The 24-year-old forward has spent just under a year with Forest Green.

Bugiel was born in Berlin, and his youth career began in his native Germany.

He spent time at TSV 1860 Munich before a move to England to play with Chichester City.

He would be part of the Promition Final winning side and featured sporadically in their inaugural Football League campaign.

Bugiel also has international pedigree, having made his debut for Lebanon in a 1-0 victory of Singapore on 9th November 2017.

Bugiel will train with the today and will be available for selection for tomorrow’s match against AFC Fylde.

 Shots Say No As An EFL Club Make Move For Boss Waddock Aldershot Town have announced they have turned down an approach from an EFL club to talk to manager Gary Waddock.