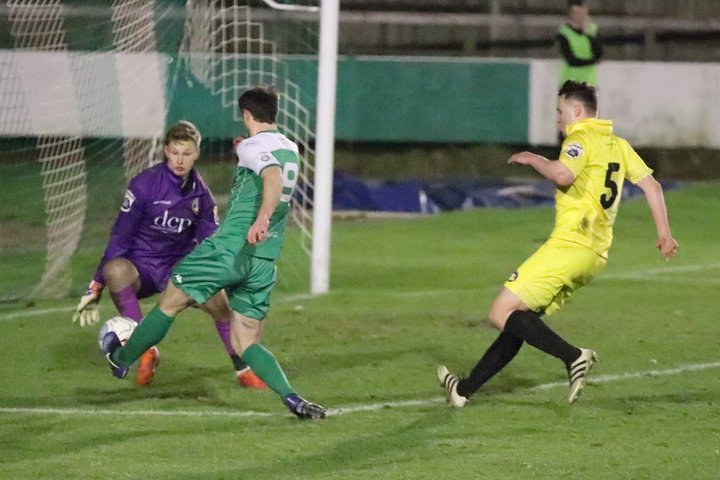 A 5-0 win left Bradford Park Avenue manager Mark Bower delighted after they got back into the play-off places.

Goals from Oli Johnson and doubles from Adam Boyes and Wayne Brooksby made it a good night for the side who are now seventh, writes Tom Feaheny.

"It was important for us to win the game, we've picked up two points from four games, we did it with style, it was a very pleasing night," Bower said.

"We played well and passed it around, taking the lead early on certainly helped us, the third just after half-time was a nice goal for Adam Boyes, he deserved his goals for the work rate he showed."

One player who impressed was Bradford City loanee Dan Pybus who brought with him energy and a threat in midfield.

"We had a high tempo, Dan Pybus on his debut looked very encouraging, he did well for us and helped the team, he is getting used to playing in this league and looks to."

Avenue are back at home on Saturday against another side trying to stay up but Bower will not be underestimating Darlington.

"Darlington got an excellent win at the weekend, we need to ensure we build on this win, it is good to be back in the play-offs we want to stay there."

 Boreham Wood Break Transfer Record To Bring Ferrier Back Boreham Wood have announced that they have re-signed Morgan Ferrier from league rivals Dagenham & Redbridge and broken their record transfer fee to get the player in the process.

Romans Need To Decide What Road They Want To Take  Jerry Gill wants the real Bath City to let themselves be known.