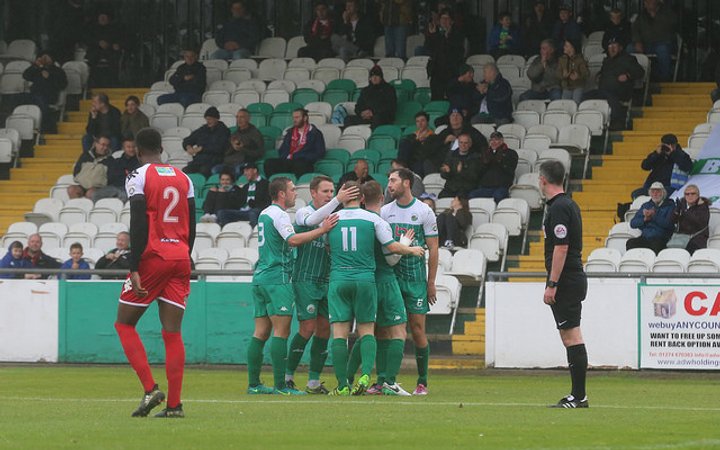 Bradford Park Avenue boss Mark Bower says his side's impressive run of results has continued in recent weeks thanks to their ability to change their style of play.

A 3-1 victory away at Alfreton Town was their last game due to the postponement last weekend as they didn't play Tamworth, despite not playing Avenue stayed in the play-off places, writes Tom Feaheny.

"The league is so strong this season that if we are to be successful, we must maintain our high standards week in, week out to give ourselves a chance of winning matches," Bower told the club's website

"On the whole the players have been excellent over the course of the season so far. There is a real togetherness in the group and the fact that we have only made two signings since the start of the season and have a relatively small squad has helped to create a good feeling in the dressing room amongst the players."

Their next opponent will be Tamworth in the re-arranged game, with Bower paying this compliment to their opponents.

"Tamworth are a strong and experienced side and one of the teams in and around us in the table who will have ambitions to finish in the top 7. I’ve come up against Andy a few times in recent seasons and every game has ended in a draw or decided by the odd goal so I’m expecting another tight encounter."

 Will Hemel Or Chelmsford Come Out To Play? Dean Brennan wants his Hemel Hempstead mice to play while the cat’s away this weekend.

Willis: Ugly Wins Will Be Welcomed By Struggling Boston  Boston United need to start picking up wins regardless of how they do it according to keeper George Willis.