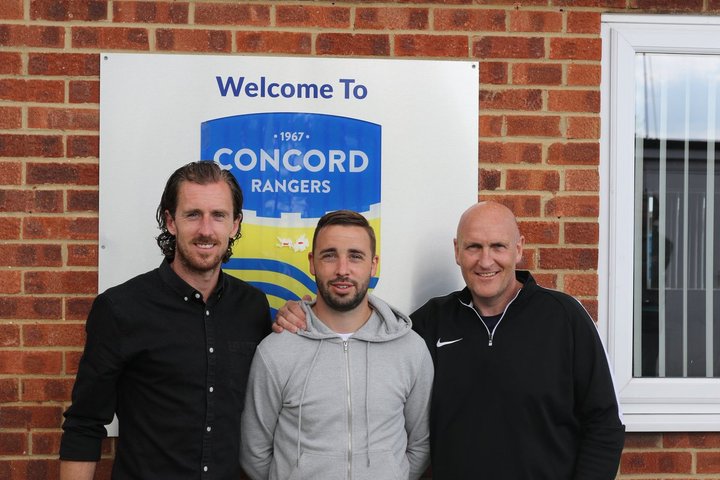 New Concord Rangers boss Sammy Moore wants his side to follow in the footsteps of fellow Essex club Braintree Town.

Brad Quinton enjoyed a fantastic first season in management at Step 2 after making the step up from the Bostik League and now Moore is hoping to do the same.

The ex-Leatherhead manager has already made a number of impressive signings, including former Charlton man Danny Green and long-serving Dartford winger Ryan Hayes. And Moore is aiming high for his first season with the Beach Boys.

“I want to get promoted and hit the play-offs,” said Moore. “You should have that attitude and I want everyone at the club to have it too.

“Look at Braintree Town. They had a new manager last year and had a lot of Isthmian Premier League players, which shows what can be done.

“That is no different to what I want to do. We need to strengthen in a few more areas, but it is an exciting time to be a Concord fan.

“We are building a competitive team and one the people of Canvey are proud to come and watch. There is more to be done before the boys return on June 26.”