Boss Bower Beaming With Pride For His Avenue Warriors 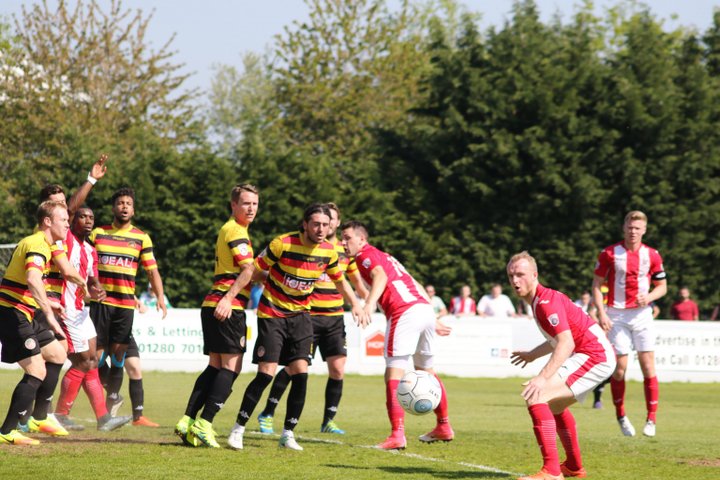 Mark Bower was left with mixed emotions after watching his Bradford Park Avenue lose out in the National League North play-off semi-finals.

Sunday’s game at Brackley Town proved to be one too many for Avenue as Bower’s men succumbed to Aaron William’s extra-time winner.

Avenue sneaked into the play-offs on the final day before winning at Kidderminster Harriers to set up the Brackley showdown.

The day may have ended in defeat but Bower had only positive things to say for his players after a gruelling 120 minutes in scorching weather.

“I’m immensely proud of not just the players but everybody associated with the club,” said Bower after the full-time whistle.

“But of course I’m bitterly disappointed with losing. It was some game - it was like a heavyweight boxing match at the end.

“I couldn’t have asked for any more from the players. When you come into these one-off games, you need the little things to go for you and unfortunately, they didn’t.

“It was a great advert for the National League North. It was a difficult pitch but both teams had a real good go and I wish Brackley all the best in the final.”

In time, Bower and his management staff will be able to reflect on a positive campaign for the club.

And then plans for next season will start being made as Avenue look to be in the promotion mix-up once again.

“It’s the toughest the League has ever been so for us to get into the play-offs, we all deserve a lot of credit for it,” Bower added.

“I hope now we can build on it, keep as many of the lads together as we can and have another good season. We can compete with the best in the League - we’ve shown that.”

Photo by Will Grantham