Boost For Curzon Ashton Ahead Of New Year As Striker Commits 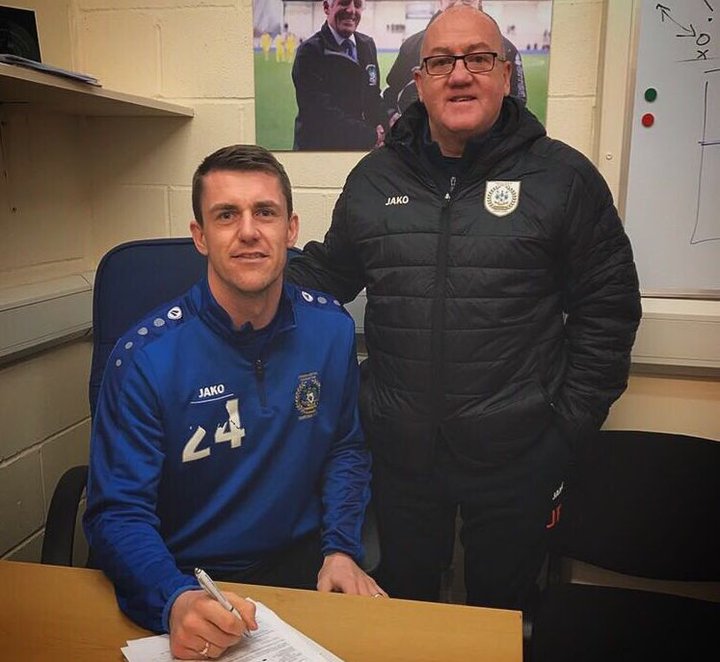 Curzon Ashton have announced that striker Niall Cummins has signed a contract with the club.

Cummins, 30, has committed to the Nash in a deal that will see him at the club until at least the summer of 2019.

Cummins has been an integral part of John Flanagan’s side since joining in 2013, part way through the Nash’s title-winning Evo-Stik Division One North campaign.

Twelve goals in twenty appearances so far this season sees Cummins as the club’s top scorer.

On his commitment to the club, Cummins told his club`s official website: “I’m happy to commit my future to the club. There was no chance of me going anywhere else, the faith from the gaffer and his encouragement for me to stay was a massive factor. I’ve got a lot of respect for everyone, it’s a big place in my heart.”

Manager John Flanagan added: “I’m delighted to be able to confirm that Niall has extended his deal. He’s a very important part of our squad and we really appreciate his commitment to what we are trying to build at the Tameside Stadium”.

 Frustrated Boss Hessenthaler Fumes At Sloppy Spitfires Eastleigh boss Andy Hessenthaler says it was “criminal” that his side didn’t go on to beat Woking on Saturday after taking the lead.

Coasters Finally Get Their Reward With Vital Victory  Dave Challinor hailed a “massive” three points for his AFC Fylde side after they fought back to win at Maidenhead United.