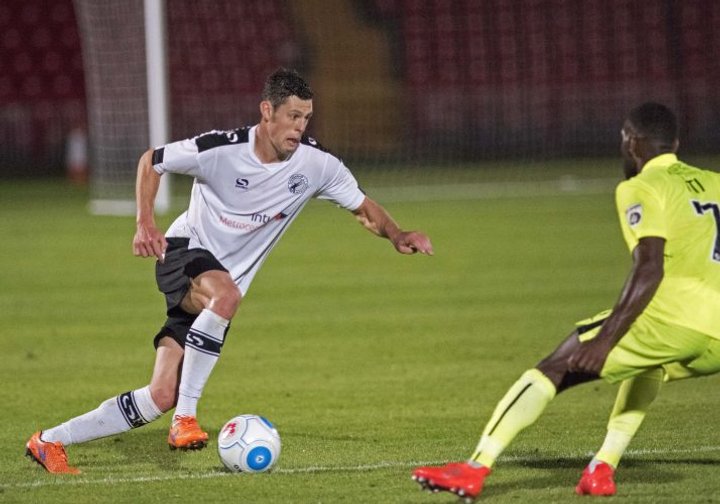 Gateshead defender James Bolton has been sold to Sky Bet League One side Shrewsbury Town.

James Bolton joins the Shrews on a two-year-deal for an undisclosed fee.

Bolton is a right-back by trade and has made over 100 appearances in the National League for Gateshead and FC Halifax Town.

His move to Shrewsbury will be the first time that he has played in League One, but he is excited by the challenge ahead.

“It’s going to take time to adjust. It’s not like I’m going to get straight into the pace of it, but I’m confident that I can get used to it and hopefully do well for the team.”

Standing at 6`1”, Bolton has all the attributes to be a League One defender and whilst he has primarily been brought in as a right-back he sees himself as a versatile player.

“Originally I was a centre-half”, continued Bolton. “I got played right-back at a few other clubs and I like to think that I do okay there, so I would say that I could still play centre-half or right-back.

“I like to do the nasty bits and like to get forward sometimes as well. The aim is to get a few assists to my name and I have been known to get a few goals from set-pieces, so hopefully more of the same.

“I probably should have had 10 goals last season, I missed too many sitters to be honest with you, but hopefully I can get a few easy tap-ins.”

The 22-year-old is now looking forward to meeting his new team-mates and hopefully pushing for a place in the first-team come August 5th.

“Hopefully coming here will better me as a player”, he said. “Getting to play with better players will hopefully bring out the best in me and I will do well so that the team can push on.

“I’ve got to try and make an impression in the pre-season games and do okay and then hopefully get a start in the first game of the season”.