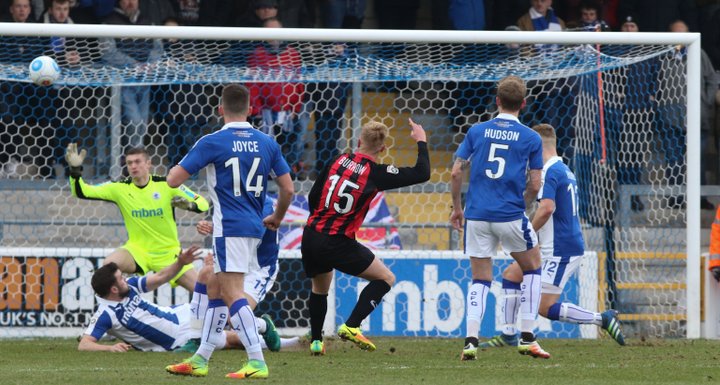 Chester were very happy with their young players as they drew 1-1 with Port Vale this afternoon to end pre-season with a positive performance.

The Blues start the new season against Solihull Moors next weekend.

Manager Jon McCarthy is on record as saying he has full faith in his less experienced players and today showed why.

Assistant manager Tom Shaw believes the club’s future is in good hands and following the draw with League Two Vale, he paid tribute to them.

“It’s not easy for young players to perform against experience professional players but I thought they were excellent,” he said.

“We had a number of them in the team and full credit should be given because they stood up to the challenge.

“We knew Port Vale would give us a good game and they did,” he added. “It was just what we needed ahead of next Saturday, of course the first game at Solihull.

“This was our final pre-season game and we showed some good signs. We could easily have won it too.”

 Stringer Left Disappointed At Sutton Chelmsford City boss Rod Stringer felt disappointed with his side's second half performance at National League Sutton United on Saturday, but was pleased with their overall performance.

We're Ready! Ammies Joint Manager Happy At Hampton  Salford City’s Anthony Johnson thinks his side are ready for the start of the new season after getting the better of Hampton and Richmond Borough this afternoon.