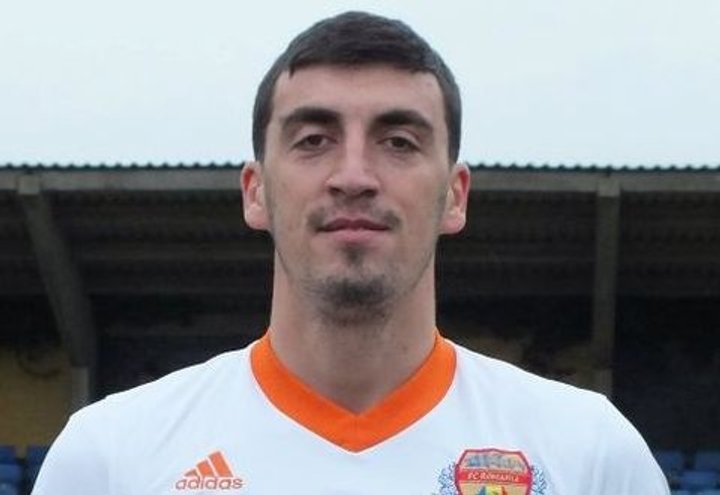 The Romanian began his career in the FC Brașov youth team, and studied law at the Transilvania University of Brașov, before playing in Liga II and Liga III with Unirea Tărlungeni, Minerul Lupeni, Juventus București and Dinamo II București. He won Liga III with Juventus in the 2009/10 season.

In the summer of 2010, the 6’5” defender moved to Moldova and joined Nistru Otaci, playing 48 Moldovan National Division games over the next two seasons, scoring 9 goals.

A short spell with Speranța Crihana Veche in the first half of the 2012/13 season saw him make a further eight appearances in the top flight.

A brief spell at Barnet was curtailed by work permit problems, but Vîlcu then signed for Essex Senior League side FC Romania and also joined Southern League side Banbury United on dual registration in November 2013.

In the 2014/15 season, Vîlcu played for Cambridge City before joining Enfield Town.

He played forty-nine times for Town last term, popping up with 5 goals.

Vîlcu is expected to be in the starting line-up when Blues host Braintree Town on Saturday.