Big Defender In To Help Out At Bognor Regis 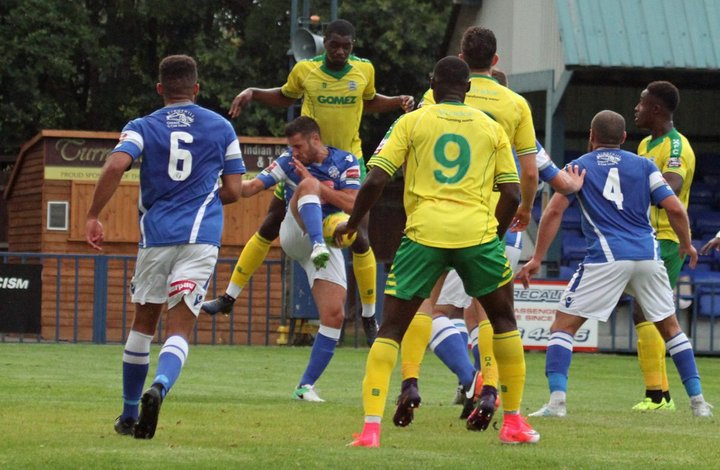 Bognor Regis Town have brought in imposing defender Manny Adebowale on a month`s loan from National League side Dover Athletic.

The 20-year-old central defender signed a two-year deal with the Whites after impressing during the last pre-season.

Born and raised in Stratford, Adebowale came through the ranks at West Ham United before joining then-League One side Sheffield United on a two-year scholarship in the summer of 2013.

While he was with the Blades, 6`5” Adebowale, also spent time on loan with Evo-Stik League South sides Goole AFC and Sheffield FC.

After being released by United, Adebowale had spells with Hayes & Yeading United and Bishop`s Stortford.

 Pierce Wings In On Loan To Alfreton Alfreton Town can confirm the signing of young defender Pierce Bird on loan from SkyBet League Two side Notts County.

Hull City Striker Becomes A Loan Card  Woking have announced the signing of Jonny Edwards on loan from SkyBet Championship side Hull City until the end of the season.