Big Deals Done As Clubs Have Another Busy Week 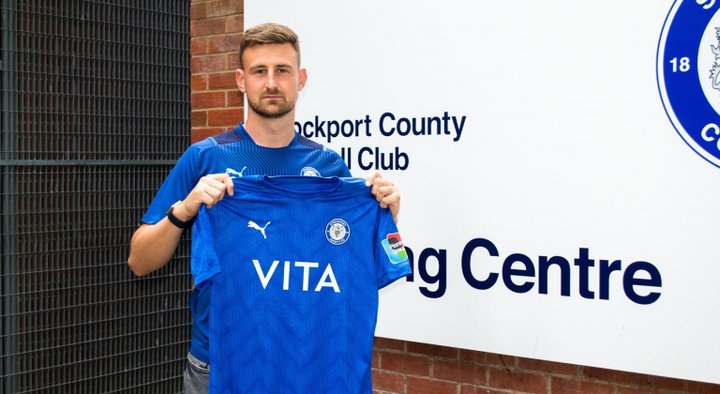 It’s been another busy week of transfers - but which side has impressed you most with their business?

Stockport County could top a few people’s lists, they made another excellent addition on Thursday.

Striker Scott Quigley, a 2020 champion with Barrow, signed for an undisclosed fee.

Manager Simon Rusk told the club’s website: “He is a player I know a lot about, and his track record in recent seasons speaks for itself. I’ve no doubt that his qualities align with our ambitions for the season ahead, and he will be a great fit here.”

Quigley, pictured, was the fans' player of the year last term.

Earlier in the week they confirmed Lewis Earl, Ethan Pye and Millenic Alli will also play for the club next season.

Neill Byrne is an EFL player after the FC Halifax Town man switched to Hartlepool United.

Farsley Celtic has made a big signing in more ways than one - towering former Bradford City and Grimsby Town forward James Hanson has joined.

Alfreton Town will also have a forward line to be feared in the National League North next season.

The Reds have signed forward Dayle Southwell from King's Lynn Town after agreeing a deal for Matt Rhead.

The manager’s old club Notts County have added Chesterfield's Joel Taylor on a two-year deal, while the Spireites have another new face - midfielder Saidou Khan moves from Dagenham.

Chester have announced an exciting double signing with Aidan Roxburgh and Taylor Dyson joining their push for promotion.

Weymouth have made their move in the market - they have done a treble deal for Tyler Cordner, Ahkeem Rose and Ross Fitzsimons.

 Penn Looking To Write A Glorious New Kiddy Chapter There's something about York City being first up that brings a smile to Russ Penn's face.

John-Lewis Aims To Be A High End National League Performer  Nobody likes the feeling of missing out on a great party.