Big Deals Being Done As Transfer Market Starts To Heat Up 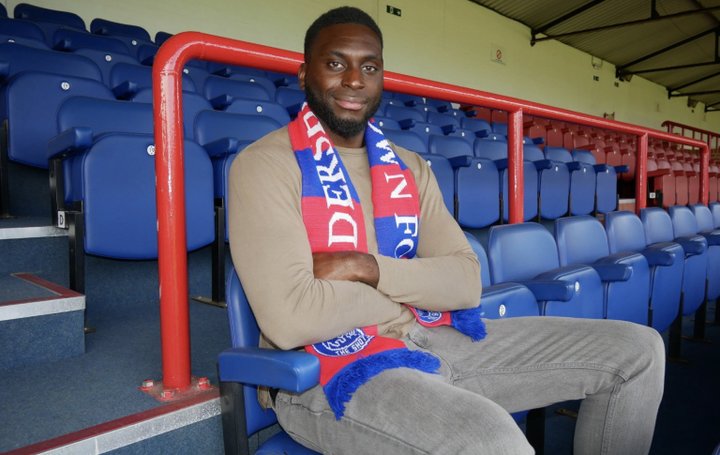 The preparation is already underway ahead of next season so which managers are the fastest movers?

We’ve already seen a number of noteworthy transfers despite the players’ return to training still a few weeks off.

They say the early bird catches the worm so let’s take a closer look at the deals done this week.

The teams earning promotion from the National League liked the look of some of those trying to stop them last season.

Grimsby Town have made FC Halifax’s impressive defender Niall Maher their first summer signing since returning to the EFL.

Others have moved on up too - Brackley Town’s Matt Lowe has earned an EFL move. The 15-goal attacker has been signed by Accrington Stanley.

Aldershot Town fans know their team needed work this summer and on Thursday night they made no fewer than eight signings.

Inih Effiong, pictured, was the pick of the bunch, with defender Joe Partington also in with Josh McQuoid returning.

Prolific Adam Marriott will be leading the line for Bromley next season and could have quite a partnership with Michael Cheek.

Defender Christian Maghoma has signed for Eastleigh on a permanent contract after leaving Gillingham.

Jerome Okimo, 34, has signed for the Barnet from Wealdstone and will arrive as a player/coach.

AFC Fylde have announced another summer arrival with the signing of Joe Rowley, who reunites with James Rowe after their time together at Chesterfield.

Full-back Branden Horton, meanwhile, has become the Spireites first signing of the summer.

“I’ve been shopping around a few clubs and it’s a massive club with big expectations,” he said.

Woking have announced Reece Grego-Cox will re-join the Cards from Crawley Town when his contract expires in a fortnight. Scott Cuthbert has also joined.

Newly-turned full-time Altrincham have increased their defensive options for next season by snapping up centre-back Jake Cooper from Rotherham United.