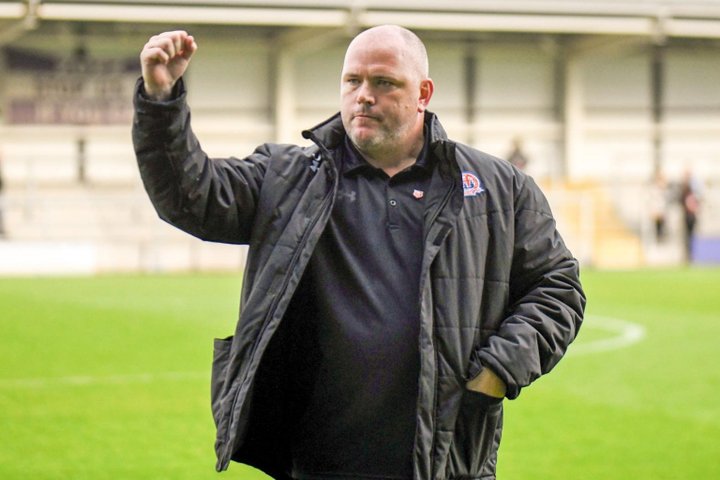 Fylde are fourth - but some 14 points shy of leaders Gateshead.

Their 2-0 home defeat to York City on Tuesday signalled the end of his time in charge.

Club chairman and owner David Haythornthwaite said: “These things are never easy, and Jim is a true gentleman and someone I have great respect for as an individual, so yesterday’s conversation was difficult but one we had to have.

“I want to thank Jim for all his efforts while at the Club and wish him all the best for the future. In the meantime, Nick Chadwick and Andy Taylor will take over on an interim basis, starting with this Saturday’s game against Bradford (Park Avenue) AFC.”

The club said in a statement: "It is with regret that today AFC Fylde announces the departure of First-Team manager Jim Bentley.

"He joined the club in October 2019 after a 17-year association with Morecambe. Much of Jim’s first two seasons at the club were affected by the Covid-19 pandemic, leading to the curtailment of football at National League and National League North Level.

"Despite a promising start to this campaign, a recent run of poor form has left the Coasters off the pace and heading in the wrong direction, so after Tuesday’s defeat to York City, it was decided a change was needed."

 Unibet's Vanarama National League Matchday 33 Preview March has arrived as the business end of the season can officially be classed as starting - but who’s suited, booted and looking smart for the run in?

Garrard Gets Wood Fired Up For FA Cup Trip To Everton  Six years ago, Luke Garrard was thrown into the deep end of football management with Boreham Wood staring relegation in the face.