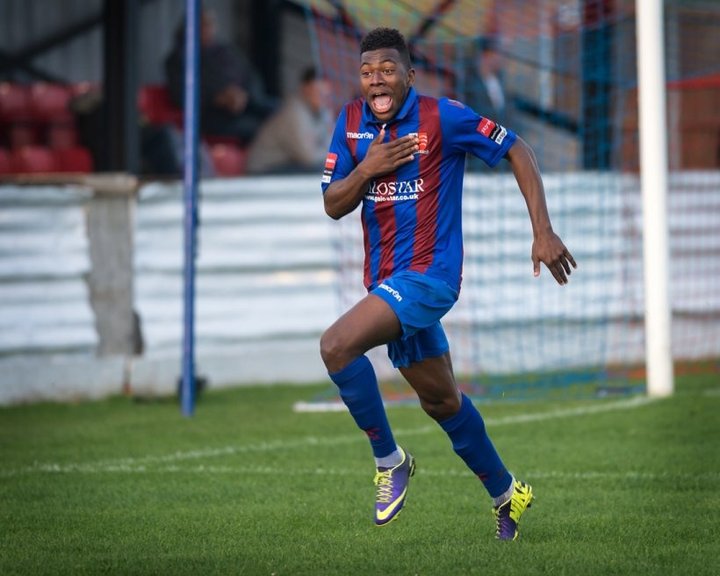 Akinwande spent nine years with the Millwall academy before joining Dartford in 2013, where he made one appearance in the Conference (National League) Premier and had loan spells at Walton Casuals and Leatherhead.

After having trials for Brentford and Crystal Palace, Akinwande signed for Fisher FC in January 2015.

He then moved to Maldon & Tiptree for the 2015/16 season, and after 12 goals in eighteen appearances in just three months with the club, he joined Colchester United's academy on a development contract until the end of the season.

He made his League debut in March 2016 and later joined Bishop's Stortford, made a return to Maldon & Tiptree, and played for East Thurrock on loan in the 2016/17 season.

He was released by Colchester in May 2017 and subsequently re-signed for the Rocks.