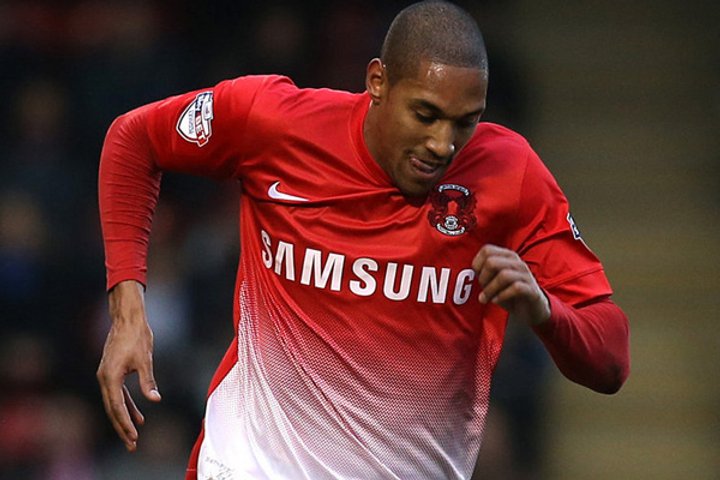 Chelmsford City have announced the signing of striker Shaun Batt.

The former Peterborough United and Leyton Orient striker had been plying his trade for Sky Bet League Two side Barnet last season but joins the Clarets following tremendous work by the Supporters’ Club’s `12th Man` fund.

The 30-year-old began his career as a youngster at Stevenage Borough before experiencing a two-year spell with Dagenham & Redbridge where he was sent on loan to Ilford, Leyton, East Thurrock United twice and St Albans City.

The physical striker signed for Fisher Athletic in June 2007, making thirty-three appearances for the then-Conference South side during the 2007/08 season.

His 11 goals at the second level of non-League football led to a move to the Football League with Peterborough United, but he could not re-create his successes and scored four times in sixty appearances.

A loan move to Millwall saw Batt given first-team football and with the Lions the 6`2” striker netted three times in seventeen appearances before signing permanently for the League One side.

Batt’s time at The New Den was hampered by injuries, however, and he was unable to play a competitive game for Millwall for eighteen months after sustaining a serious knee injury in pre-season training.

A loan spell to Leyton Orient was turned permanent following his Millwall release in June 2013 and became a regular at the O’s following a number of squad injuries, going on to make fifty-one appearances for the East London side.

After Batt’s two-year Orient contract expired, he signed for Barnet on a two-year deal in July 2015.

His first goal for the Bees came the following season with the winner against Hartlepool United, but a hamstring injury in the same game meant that he did not play for the League Two side again before being released at the end of the season.

 Tranmere Sign Hot Property Striker Alabi Tranmere Rovers have today completed the signing of striker James Alabi on a contract which runs until the end of the 2018/19 season.

Alun Armstrong Not Expecting Many More Signings For Spartans  The Boss of Blyth believes one or two more additions may be made before the season starts.