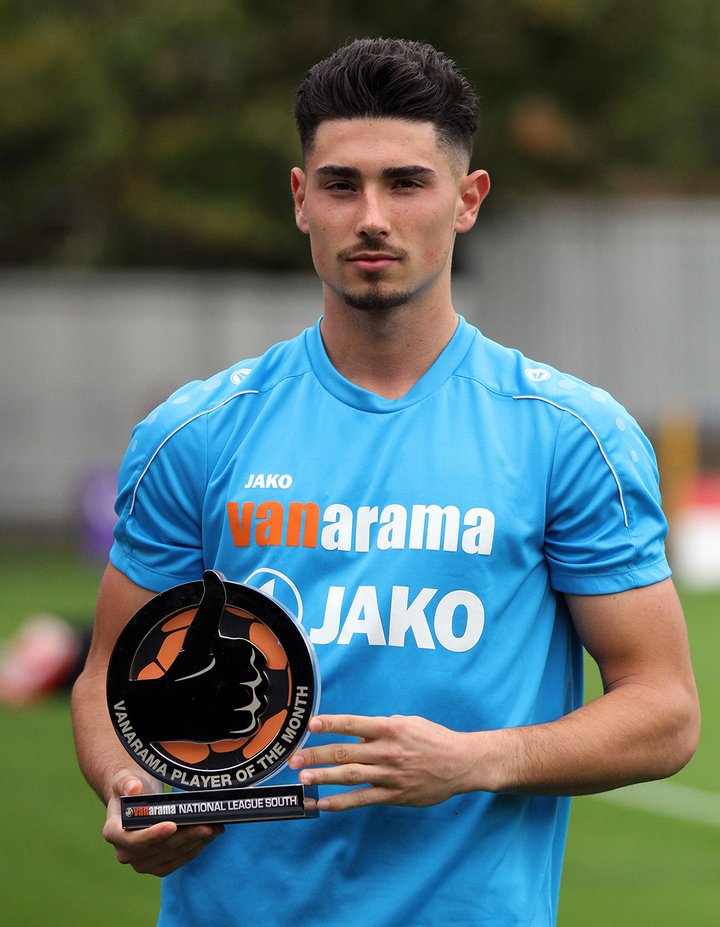 Several candidates came to the fore in September and it has been a difficult decision to arrive at the player for the Vanarama National League South.

So it must be a first when the League sponsors award goes to a World Cup winner and an England one at that.

In the end it was judged that 19-year-old Luke Southwood, the Bath City keeper, currently on loan from Championship Reading FC and a victorious member of the England U20 squad in South Korea this summer, took the plaudits with some sterling performances.

He not only lifted them up the table with an unbeaten run in September but ensured, that whilst not too many goals may have been flying in up the other end for The Romans, the very small number of goals which he concedes played a major part. Several of his saves have been stunning.

The big question though is, how does this monthly award look alongside his U20 World Cup medal? It has been hard earned so top marks to him.