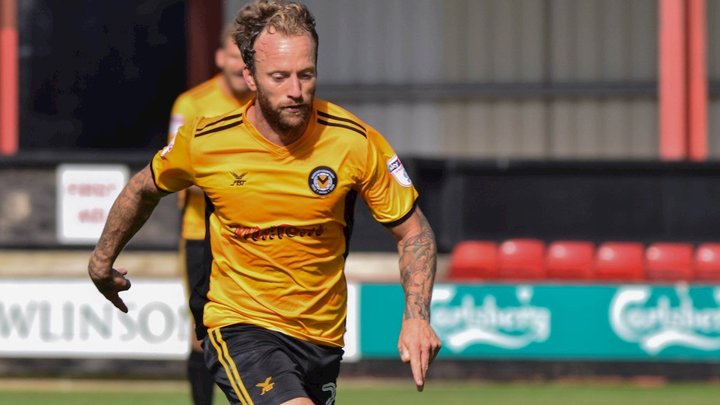 Bath City have signed attacking midfielder Sean Rigg on a deal that runs until the end of the 2018/19 season.

Rigg will join the squad tonight for his first training session and will be available to make his debut once international clearance is received.

Rigg has been with SkyBet League Two outfit Newport County since 2016 and made over fifty appearances for the Exiles.

The 29-year-old started his career with Forest Green Rovers and the Bristol Academy of Sport before signing for Bristol Rovers in the summer of 2006.

He went on to make fifty-seven appearances for the Gas and also had loan spells with Grays Athletic, Port Vale and back at his first club, Forest Green, before leaving for Vale Park on a permanent basis in July 2010.

Sixty-seven games later he moved to Oxford United and then AFC Wimbledon, where he was an unused substitute in the successful League Two play-off final victory over Plymouth Argyle at Wembley.

On completing the signing, manager Jerry Gill told the club`s official website: “Having tracked Sean’s playing career for a number of years and following some lengthy discussions I am delighted to have signed Sean for this season and next.

“Sean is an experienced player having made over 350 Football League appearances and, at 29 years of age, we are signing a player who fits our recruitment profile in both his character and playing style and has the ambition to win things.”

Rigg said: “I am delighted to have signed for Bath City, a club on the up with great potential. Really excited to work alongside Jerry and the players at Bath and I can’t wait to get started”.